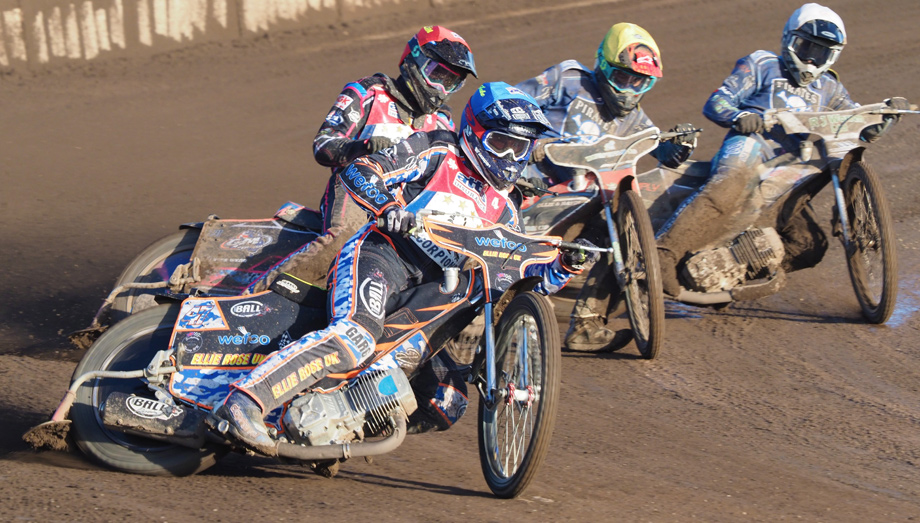 SCUNTHORPE edged out champions Poole 45-44 in a thriller at the Eddie Wright Raceway on Friday.

The Pirates fought back from a ten-point deficit after five races and went two up with three heats remaining.

But the Scorpions picked up a 4-2 from Heat 13 and then a 3-2 in an eventful Heat 14 which saw Poole’s Ben Cook and Scunthorpe’s Connor Coles both disqualified – and home No.1 Ryan Douglas held off Danny King to win the decider.

Douglas scored 13 for the Scorpions, whilst Steve Worrall top-scored for the Pirates on 12+1 as they took a league point.

Scunthorpe boss Dave Peet said: “I’m over the moon with that victory. Against many sides at home, we’re out to score 49, to stop the away team going home with a point, but we’re not battling Poole in the table, so any margin of victory would do – a one point win was more than enough because we know they are such a good side.

“We got off to a great start, but I fully expected Poole to come back at us and they did. There were one or two unexpected heat results, and it was getting very tight.

“We’ll not face a tougher test around the Eddie Wright Raceway than Poole and we passed that test.”

Poole promoter Danny Ford said: “Speedway meetings can be won by small margins, and we came so very close to pulling something out of the bag after a dreadful start.

“We were left wondering what it might have been had poor Ben not suffered that shed chain in Heat 14. Had he been under power then he would have been in the re-run and things would have looked a bit different going into that final heat.

“But the team battled hard and all the riders had their moments.”