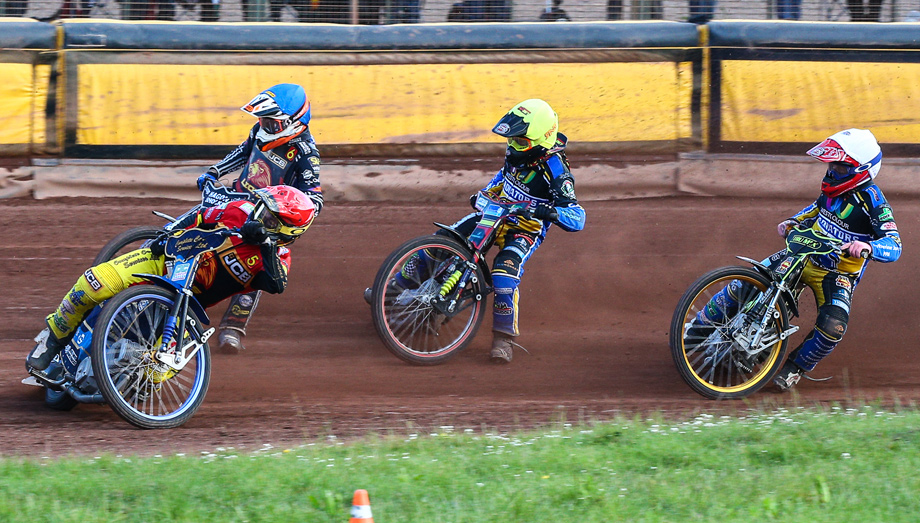 LEICESTER extended their Championship lead to 11 points with a hard-fought 48-41 win over Plymouth at the Paul Chapman & Sons Arena.

The Lions have now won eight successive league matches, but the Gladiators came extremely close to coming away with a league point and only missed out when they conceded a 4-2 in Heat 15.

Both sides saw a rider withdrawn as Leicester’s Connor Mountain looped at the start in Heat 1, and Plymouth’s Harry McGurk crashed heavily in Heat 2, and neither took any further part.

Nick Morris scored 14 for the Lions, dropping his only point to guest Scott Nicholls in Heat 13, whilst reserve Dan Thompson scored 10. Nicholls picked up 12 for the Gladiators with Michael Palm Toft adding 10+1.

Morris said: “That was a hard one, Plymouth have got a pretty good team and they stuck to us all the way through, and it was pretty tight. But it was a good team performance, we kept fighting to the end and we got the win.

“We’ve been going well really all season, we had a couple of blips away from home early on, but things are going well now.

“But like I’ve said before, it doesn’t really matter at the moment – it’s who’s on form at the end. Obviously it’s good to be in good position in the table, we want to finish top, but we also want to be in top form for the play-offs.”