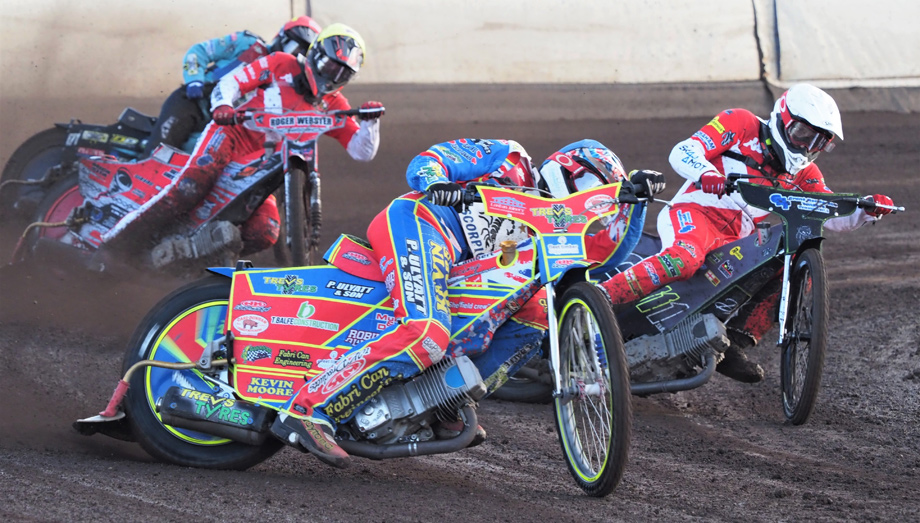 SCUNTHORPE moved into the Championship play-off places with a 50-40 win over Glasgow at the Eddie Wright Raceway.

The Scorpions made a fast start and then withstood the Tigers’ comeback attempts to leave visitors without a league point from the meeting.

Ryan Douglas scored 15 from six rides for the hosts with Jake Allen on 11+1 and skipper Simon Lambert on 10+2.

Scunthorpe move into the top six after Edinburgh’s home match with Newcastle was abandoned, whilst Glasgow drop to fourth.

Scorpions boss Dave Peet said: “I’m pleased that we sent Glasgow back home with no points.

“I’m very happy how we rode as a team tonight – everyone contributed. We scored all the way through the team.

“It was a great performance by the lads and we never looked like losing. It gives us a lot of confidence heading up to Glasgow on Sunday afternoon.”

Tigers manager Cami Brown said: “We had too many last places and that’s what cost us.

“There were a couple of disappointments – Connor Bailey didn’t have a good night and Broc Nicol struggled. “The result wasn’t for the lack of trying but we finished last too often and we were passed too many times on the last corner.”