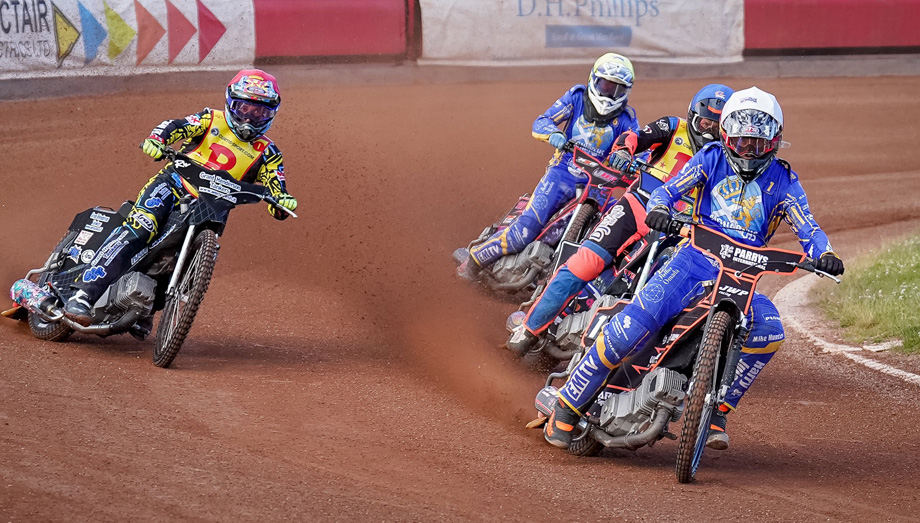 EDINBURGH surged into the Championship play-off places with a big finish to win 50-40 at Birmingham.

The Monarchs trailed by two points with three races remaining but ended with three successive 5-1s, two of them coming from the Sam Masters/Josh Pickering combination, whilst former Brummie Paco Castagna teamed up with guest Jason Edwards in Heat 14.

Masters scored 14 for the Monarchs, dropping his only point to Justin Sedgmen in Heat 5, whilst Pickering and Edwards both scored 10+2. Stefan Nielsen top-scored for the Brummies with 10+1.

Masters said: “I made a blinder in Heat 15 and was looking back every lap and Josh was in a different position every time, so he had the hard job.

“But it was a great way to finish and good for the boys and the team to get the four points, we needed to get those points while Birmingham are struggling a bit, so we have done our jobs tonight.

“We had a bit of a slow start to the season, but hopefully we are on a roll now and we can head for the play-offs – that’s the aim for sure.”

Birmingham boss Laurence Rogers said: “It is disappointing because at times there we weren’t far away at all – but it’s another defeat.

“I was pleased we grabbed the lead back going into the interval, but in all honesty we needed it to be more at that stage.

“I was disappointed with the way the last three races went, but their top two are in stunning form this season, so what can you say?”