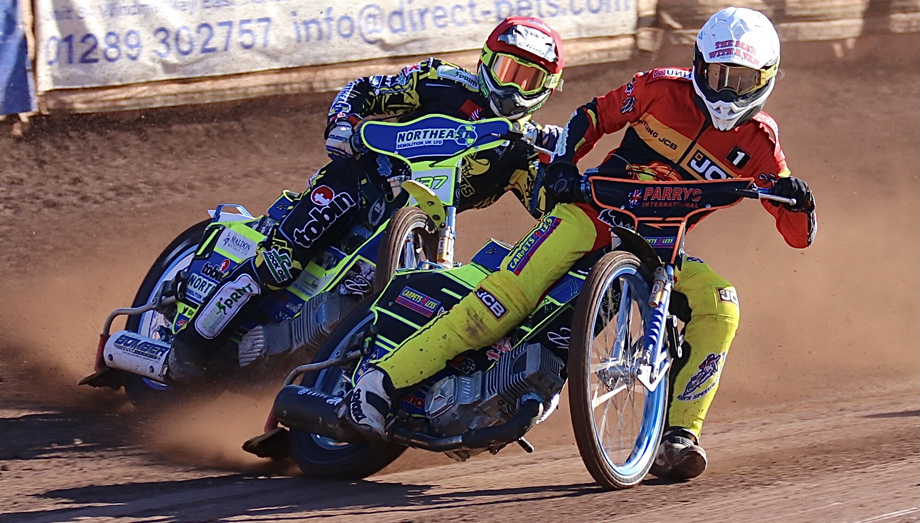 LEICESTER are five points clear at the top of the Championship after a 49-41 win at Berwick on Saturday.

It was the Lions’ third maximum haul in their last three away matches, whilst the Bandits’ play-off hopes were hit by a third successive home defeat.

The home side could have rescued a draw with a 5-1 in Heat 15 but in fact it was the Lions who took the 5-1, and the extra league point, after Chris Harris was disqualified for a clash with Nick Morris.

Lions boss Stewart Dickson said: “Plaudits have to go to our guest, Jason Edwards, but I think the six riders as a whole did very well.

“It was a good team performance, and I have to say getting four league points at Berwick was beyond my expectations.

“You have to remember in Richie’s (Worrall) first ride he was winning it out of the park until the last bend when his primary chain snapped, and that was a four-point swing. To still collect the four league points after that mishap was very good.”

Berwick manager Gary Flint said: “It’s hard not to be frustrated by another performance when we just didn’t have that extra bit of magic to see us home.

“I cannot agree with the referee’s decision to exclude Bomber in Heat 15, he was in front, and it wasn’t really up to him to ensure that Nick Morris had room to come through.

“Even so, we left ourselves too much to do from the starting gate again, and against a team with three strong heat leaders that was always going to be a huge ask.”