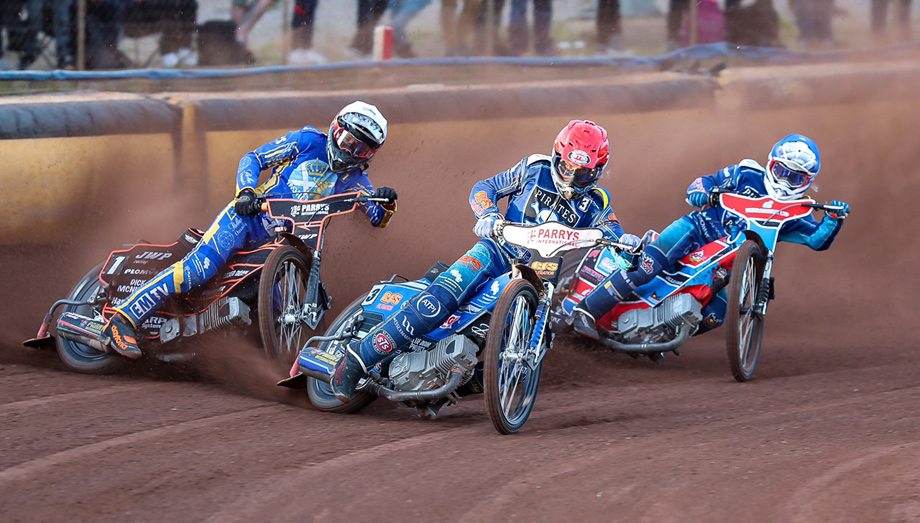 POOLE made it 23 matches unbeaten at home with a 49-41 win over Edinburgh – who nearly salvaged another away point.

Steve Worrall led the way for the Pirates with 13 points, whilst Richard Lawson scored ten and Ben Cook impressed with 8+3.

The Monarchs’ 41 points was comfortably the best score by a visiting team to Wimborne Road this season, with Sam Masters scoring 15 from six rides and guest reserve Jason Edwards notched 10+1 from seven.

Cook said: “That was a good night for me. I did it the hard way in Heat 14 but three points is three points, it was good, and I am learning every week.

“It was nice too to share in the 5-1 with Stevie over Sam as he is in incredible form this season and he’s not dropping many points, so to get one over him feels pretty good, and Picko (Josh Pickering) is no slouch either.

“It’s always good to get one over the Aussie boys, I’ve just got to make sure I can do it the Finals when they come around.”

“I think Stevie Worrall was very harsh in his manoeuvres on the back straight on lap one of Heat 15, and if he hadn’t turned left on Josh then Josh may have got through there to secure us a point.

“I’m sure people would say ‘it’s racing’ but Josh is furious at the end of it. But I think we did well, and Jason Edwards was an excellent guest obviously.”