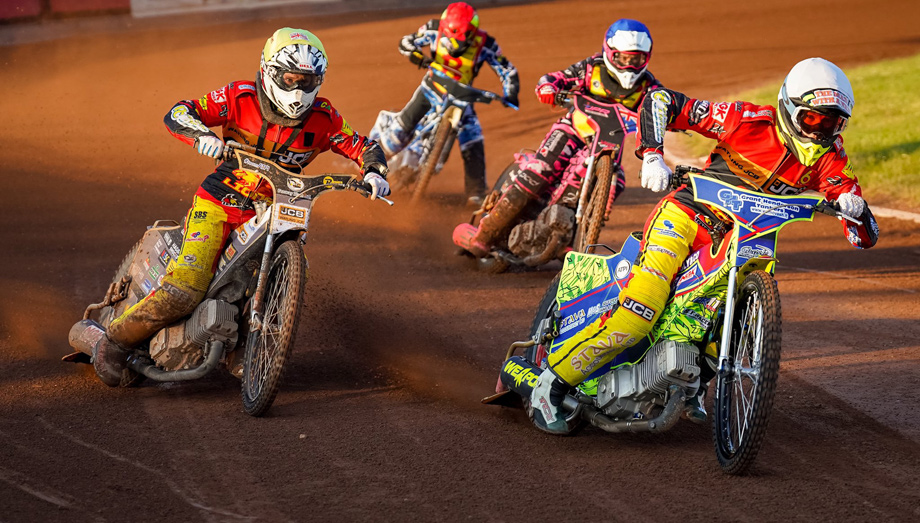 LEICESTER remain top of the Championship after taking a full four-point haul from a 52-38 win at Birmingham.

The Lions established control with 5-1s in Heats 2 and 4 and secured the result with back-to-back maximum advantages in Heats 13 and 14 to see off a comeback from the Brummies.

Skipper Kyle Howarth scored 13+2 for the visitors and was unbeaten until Heat 15, whilst Nick Morris scored 12, and they also outscored the hosts 15-1 at reserve. Justin Sedgmen won four races for the Brummies as he finished on 13+1.

Lions boss Stewart Dickson said: “We rode pretty well, pretty solid on the night, it was a solid team performance from the six riders missing Connor (Mountain), and it was a thoroughly professional job.

“Fair play to Birmingham, they got back into it with clever use of the tactical later on, because I did wonder when Laurence (Rogers) was going to use it, but we got a couple of 5-1s again in Heats 13 and 14 which put it out of their reach.

“Four points keeps us top of the table for that little bit longer, and it was a very pleasing result for us. It wasn’t as one-sided as it looks, but from a Leicester perspective we’re very happy.”

Sedgmen said: “Leicester have got a very strong team and I’d be very surprised if they don’t make the Final.

“No excuses though, it is what it is. The boys tried pretty hard, it was a little bit frustrating.”