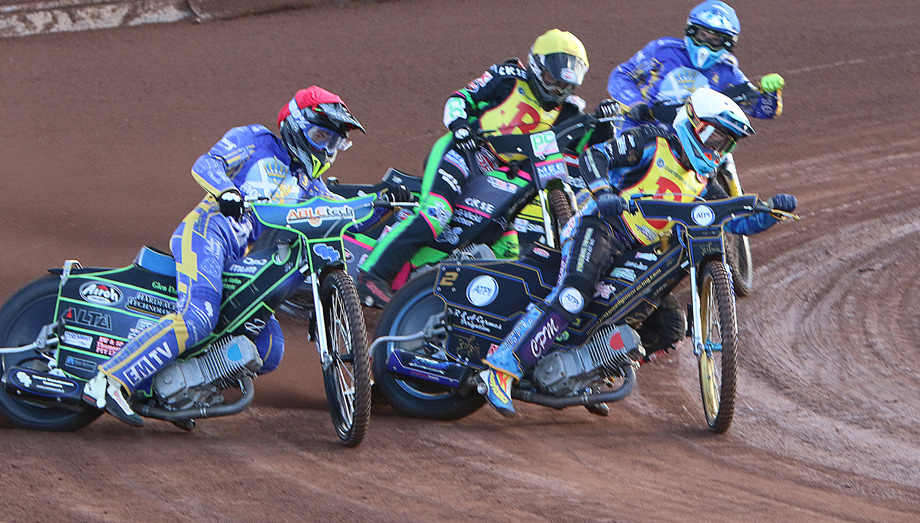 EDINBURGH’S Josh Pickering scored a paid maximum as the Monarchs raced to a 52-36 Championship win over Birmingham.

In an eventful clash at Armadale, Pickering scored 14+1 with skipper Sam Masters adding 13+1, and the pair combined for two late 5-1s to see off a stubborn Birmingham challenge.

The visitors remained just six points down going into the closing stages despite the loss of James Pearson (chest) and James Shanes (damaged helmets after two crashes), whilst Stefan Nielsen was subsequently withdrawn due to a shoulder problem. The hosts themselves lost Lasse Fredriksen with a shoulder injury.

Edinburgh star Paco Castagna (7+1) said: “This week was a tough meeting, it was unfortunate that we lost Lasse when James (Sarjeant) is already injured.

“I don’t know what will happen now with the team. But I think the team is getting in the groove now. I think Hooky was good tonight as well.”

Birmingham boss Laurence Rogers said: “I’m very proud of the four riders we had remaining, who battled right to the end of the meeting and kept us in with a chance of a point. We had a lot of juggling of riders to do.”