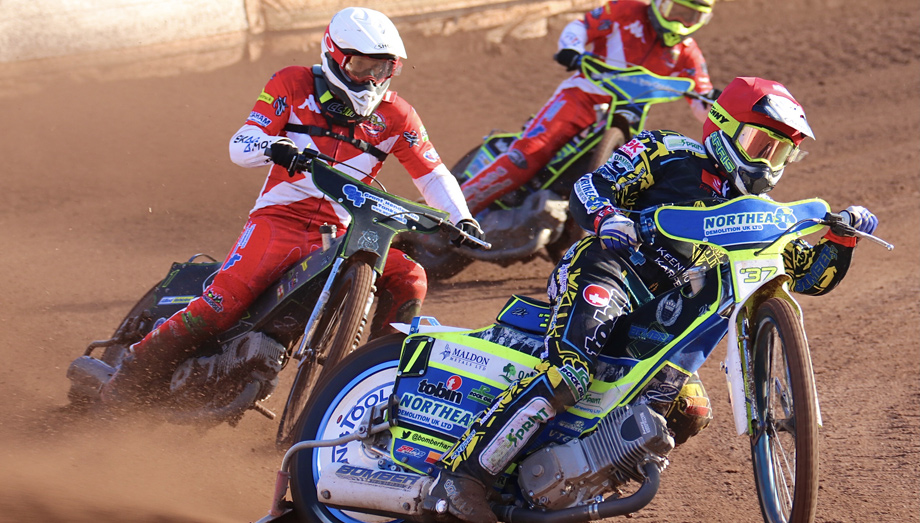 GLASGOW moved level on points with the Championship’s top two by winning 48-42 at Berwick on Saturday.

The Tigers are up to 23, the same as Leicester and Poole, although they would have taken four league points on the night and gone top had they not conceded a 5-1 in Heat 15.

That came at the hands of the Bandits’ top two scorers by a distance, with Chris Harris (15+1) and Leon Flint (12) scoring the bulk of their points as they suffered a second successive home defeat.

Glasgow’s scorechart was led by Tom Brennan with 10+1 and Benjamin Basso on nine in a solid all-round performance.

Berwick boss Gary Flint said: “Fair play to Glasgow, they have given us a lesson in gating tonight and deserved their win.

“We had too many riders either struggling or still feeling their way back after injury.

“The one thing we did do was refuse to just roll over, and we really got among Glasgow in the closing stages.”