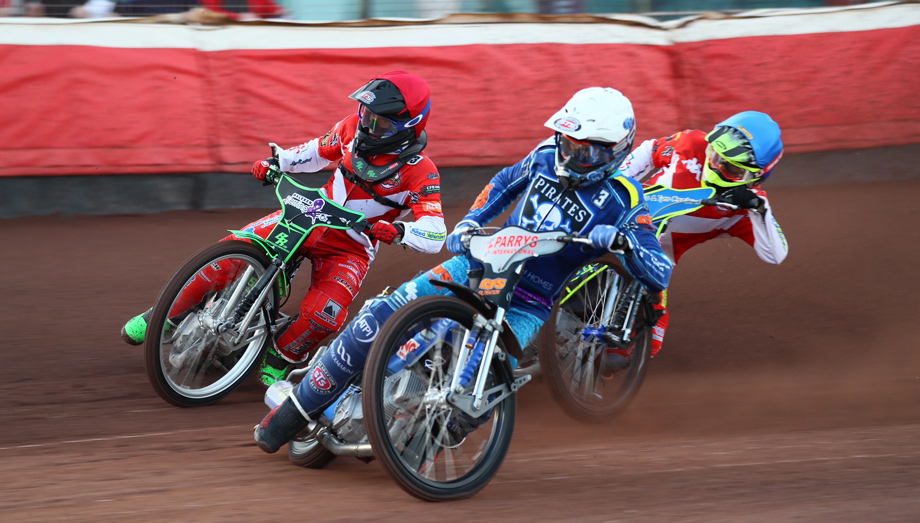 CHAMPIONSHIP title contenders Glasgow and Poole fought out a dramatic 45-45 draw at Ashfield on Friday.

The home side led by six points at the halfway stage but a spectacular turnaround saw Poole take 5-1s in Heats 11 and 12 and go six up themselves.

Glasgow fought back once more with a 5-1 from Ulrich Ostergaard and Craig Cook in Heat 13 and levelled with a 4-2 in the next – before Cook won a shared finale as Richard Lawson and Steve Worrall secured a draw for the Pirates.

Cook top scored from the Tigers with 10+1 whilst Worrall (11+1) and Lawson (11) both hit double figures for Poole.

Pirates boss Gary Havelock said: “This was one of those meetings you just didn’t know how it was going to end. The combined strength of our three heat-leaders and an excellent night’s work from our guest Dillon Ruml meant we gave them plenty to think about.

“To be honest, if someone had offered us a point from this one before we came here we would have snapped it up, but the lads did really well and got the draw which they thoroughly deserved. I was really impressed with Dillon.”