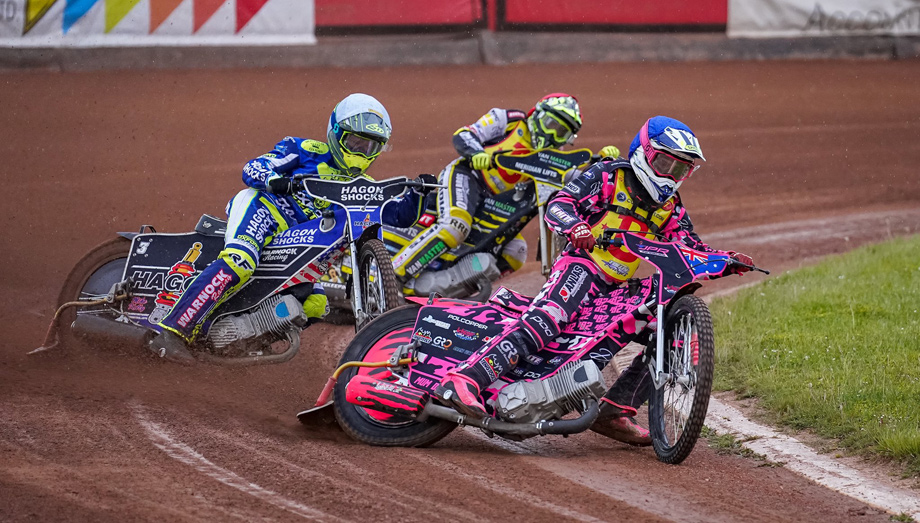 OXFORD turned the tables on Birmingham with a 47-43 win at Perry Barr to avenge their own home defeat just 24 hours earlier.

Once again conditions played a part with rain during the meeting, but Scott Nicholls scored a superb 16 points from six rides to spearhead a Cheetahs comeback from six points down.

Nicholls was joined for a 5-1 in the last race by Chris Harris (12+1), who took a late guest booking following the postponement of his match for Berwick at Poole.

Said Nicholls: “That was a massively important win for us, to bounce back after losing at home at Birmingham. It’s never nice to lose at home, especially against a team where had conditions been good, I’m confident we could have beaten them.

“Again, it rained tonight, while Birmingham went ahead in the meeting. But we showed a lot of character in the second half of the meeting and we came away with the win.”

Brummies boss Laurence Rogers said: “Over the two nights we were very much two matched teams with the weather levelling things out on both occasions.

“We won at their place, they won here and we are disappointed we couldn’t back that up.