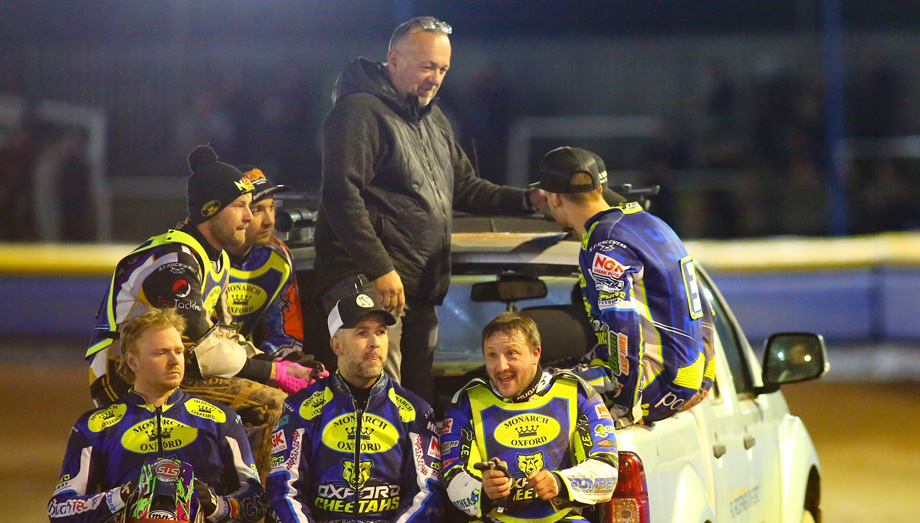 OXFORD edged out Redcar 47-43 in a terrific Championship contest at Cowley on Wednesday.

The Cheetahs led throughout the meeting but were taken in to a last-heat decider when Erik Riss and Jason Edwards combined for a 5-1 in Heat 14 for the Bears.

Skipper Scott Nicholls won it for the home side after a tense scrap with Charles Wright, whilst guest Chris Harris fell on lap three as he attempted to follow Nicholls through.

Nicholls scored 13 for the hosts with Harris adding 11, whilst Wright scored 14 for the Bears and Edwards chipped in with a useful 10+1 at reserve as the visitors left with a league point for their efforts.

Redcar co-promoter Jamie Swales said: “I’m disappointed, we targeted a win from the meeting, but a couple of things didn’t go our way. We had some bad luck on the night, but we fought hard to take a point.

“The Oxford promotion have got some different shale for the track and the rain made the track a little heavier which gave the opportunity for more racing lines, especially on the outside.”