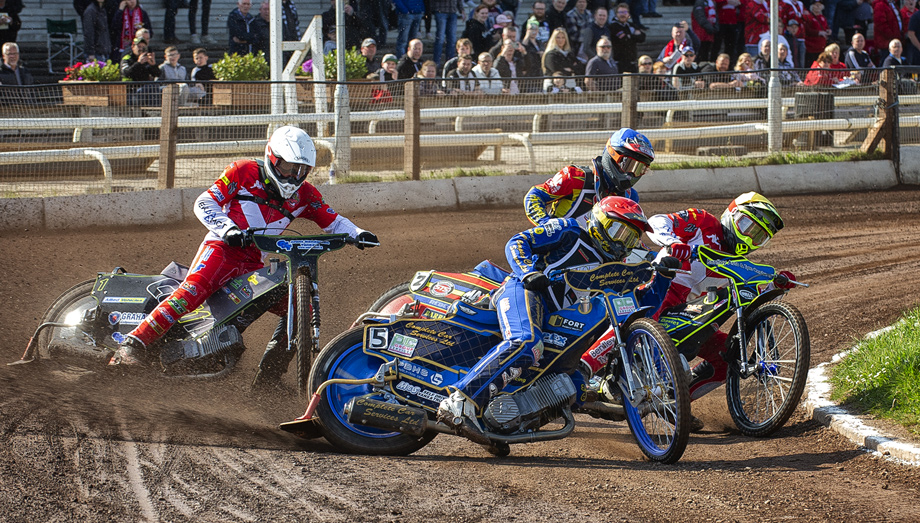 GLASGOW were 31-29 winners at Newcastle on Sunday in a meeting abandoned after ten completed races due to track conditions.

The Tigers went level on points with Championship leaders Leicester but saw Tom Brennan withdraw with a hand injury after a crash in his first ride.

Captain Ulrich Ostergaard was unbeaten for the visitors with 7+2 from three rides, and Benjamin Basso won two races as he scored seven. Max Clegg scored seven from three for the Diamonds.

Glasgow boss Cami Brown said: “We get the three points, but I told them that we came here for four, so we were not trying to pull a fast one by having it abandoned – we just don’t want to have any more riders injured.

“The boys all gave it 100 per cent in very difficult conditions. Ulrich and Ben were really good with a couple of 5-1s. Broc Nicol was good as well and may be coming into some form. He says he is taking little steps.

“Tom has a hand injury but we don’t know if he has broken anything, he’s going to have to get it X-rayed.”

Newcastle promoter Rob Grant said: “The match had provided some excellent racing, with some really exciting stuff to watch, and I think as we were only two points down, we all believe this was a match we could have won had it gone to the end of Heat 15, but that wasn’t to be when the referee was called to the pits.”