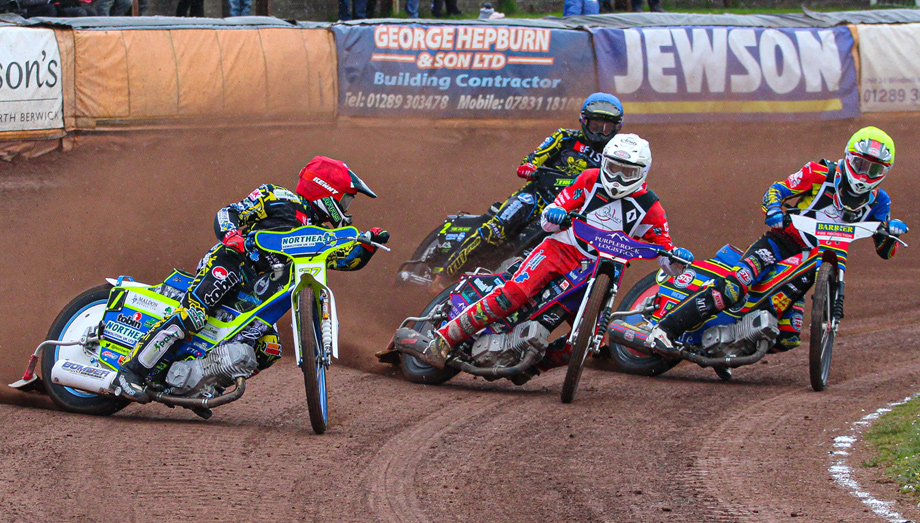 CHRIS Harris scored a full 15-point maximum as Berwick kept up their home form with a 54-36 win over Newcastle.

Reserve Jye Etheridge also contributed 11 for the Bandits, but they suffered a blow when Leon Flint was ruled out for his final ride – having collided with team-mate Theo Pijper in the immediate aftermath of Heat 9.

Newcastle reserve Lee Complin notched his best score since returning to the sport with 10+2 on his old home track.

Berwick boss Gary Flint said: “We knuckled down to the job of winning, but perhaps Newcastle were a tougher set of opponents that many had expected.

“But as a team, we fight hard and did the business to take all league points, and on Sunday we’re out to pick up more on Tyneside, although with that very odd situation after Heat 9, we may have to work on running minus Leon.”

Newcastle co-promoter Dave Tinning said: “It was our best away performance of the year and it showed with some determined riding from some the Diamonds.

“Lee Complin was excited to race at Berwick again, a track he excelled at a decade ago, and loved every second of his racing tonight.”