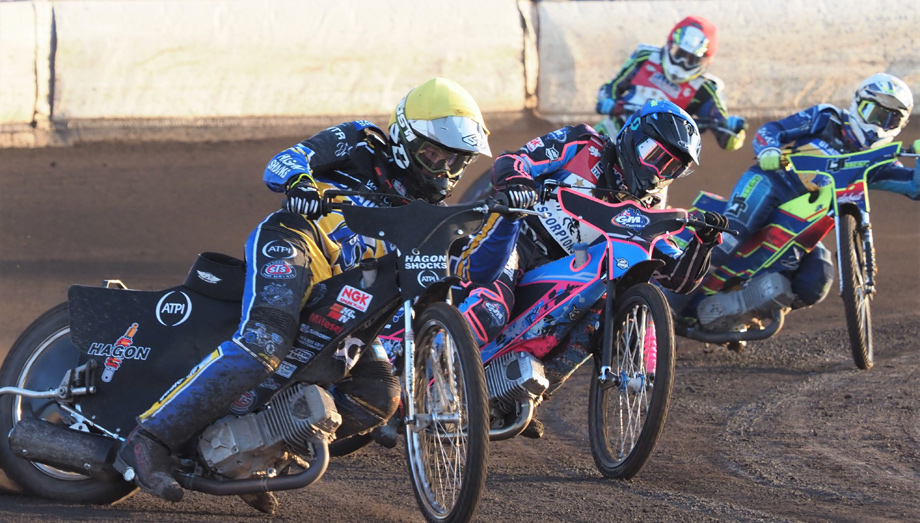 PLYMOUTH pulled off a shock 48-42 win at Scunthorpe – although their victory was marred by an injury blow.

Flying reserve Dan Gilkes suffered a suspected broken arm in a Heat 14 crash, having scored 10+1 earlier in the meeting.

The Gladiators had seen their lead cut to two points prior to the stoppage, but Michael Palm Toft and Ben Barker clinched the result with a 5-1 in Heat 15.

Palm Toft top-scored with 13 points on his return from concussion, whilst Jake Allen (11) and Ryan Douglas (10+2) led the way for the hosts.

Scunthorpe boss Dave Peet said: “Plymouth are a strong team and were the better team on the night. They were gating better than us for most of the meeting.

“We send our best wishes to Dan Gilkes and hope he makes a speedy recovery from his arm injury.

“The meeting came to a halt just at the wrong time for us. We’d just scored a 5-1 in Heat 13 and we were also holding a 5-1 in Heat 14 when it was stopped. But there was a lengthy break while Dan was tended to, and it stopped any momentum that we were starting to build.

“But we can have no complaints. On the whole, Plymouth rode better than us – it’s as simple as that.”