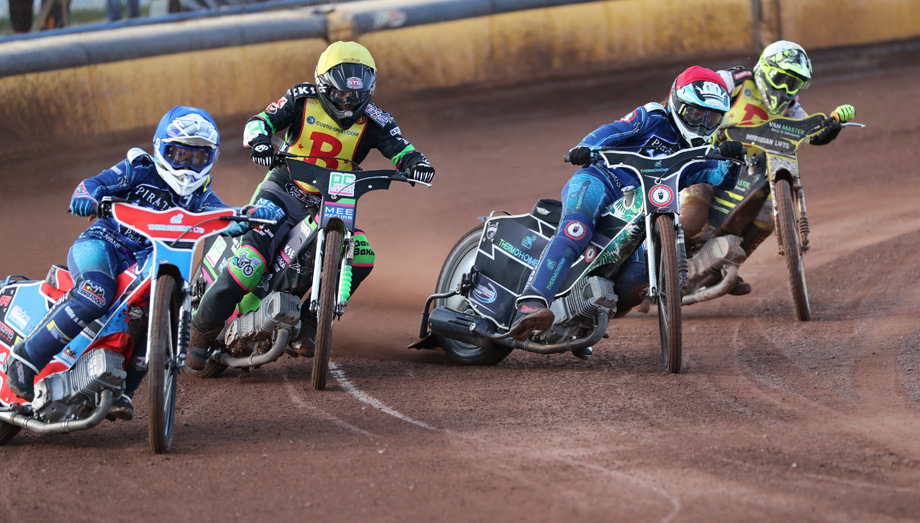 POOLE duo Steve Worrall and Richard Lawson both scored paid maximums in the Pirates’ 54-36 win over Birmingham on Wednesday.

Worrall picked up 13+2 from five rides with Lawson on 10+2 from four, whilst skipper Danny King won his last three outings to finish on 12.

The Brummies are still without a league point from four away matches so far, but did fare the best of any visitors to Wimborne Road this season, with Adam Ellis top-scoring on 12 and Ashley Morris adding 9+2.

King said: “I had a little bit of a sulk after my first two rides and had to make some changes.

“The track caught me out a bit as there wasn’t quite as much material on it as I had thought during the track walk and so we just had to de-tune the bike a little bit after I persevered for two rides, and in doing that I was able to make better starts.”

Birmingham boss Laurence Rogers said: “It was a bit of a similar story to our last couple of away meetings to be honest.

“We pushed the opposition fairly hard in the first half of the meeting and were still in with a shout of a league point.

“But we just allowed our opponents to pull away in those last three races again and that’s something we need to nip in the bud.”