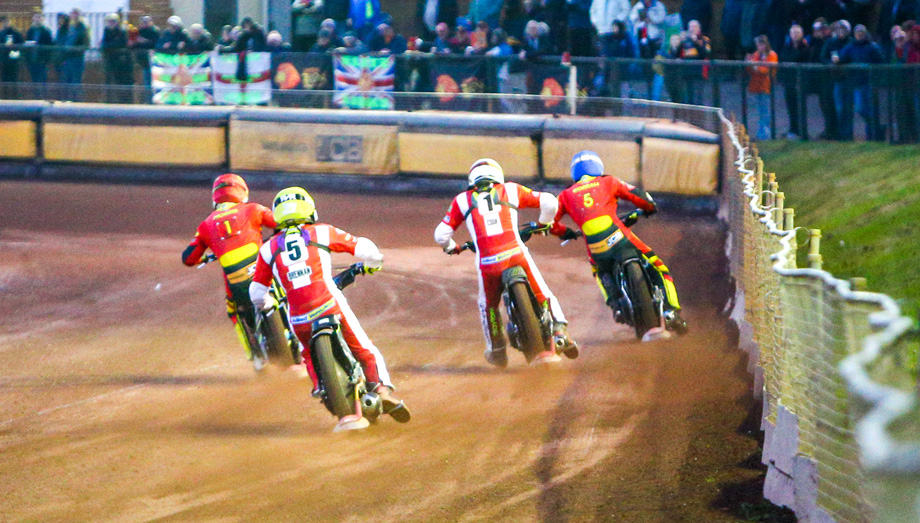 Richie Worrall scored 13 points for the Lions and Nick Morris added 11+1 as the Lions saw off the Tigers’ challenge, and a Heat 14 5-1 from Thompson twins Dan and Joe in a fierce battle with Benjamin Basso ensured the visitors would leave point-less.

Craig Cook led the way for the visitors with 11+1 as they missed out in their first away match of the season.

Lions boss Stewart Dickson said: “It was a very good performance, to win 52-38 against one of the top teams in the league, and I think it surpassed expectations – three points for us and none for them, so I’m very pleased.

“To get four points over the last 48 hours has certainly been more like it, and a special mention to Lewi Kerr for coming in and doing a very steady job for us – and hopefully Kyle Howarth will be back for next week.

“Four points over the two nights was certainly our minimum target and we got that, and it’s more like what I expect from this Lions team.”

Tigers manager Cami Brown said: “The track was difficult for the guys tonight, we had a couple of unfortunate fallers in good positions and we also had two re-runs when we were leading, one of which was a bizarre decision.

“I think we rode better than it shows but we’re not going to make excuses, we didn’t get a point and generally you get what you deserve.

“It’s difficult to get something on the road in this league. I’m just glad we got out without any injuries. It’s a long season with lots of matches to come.”