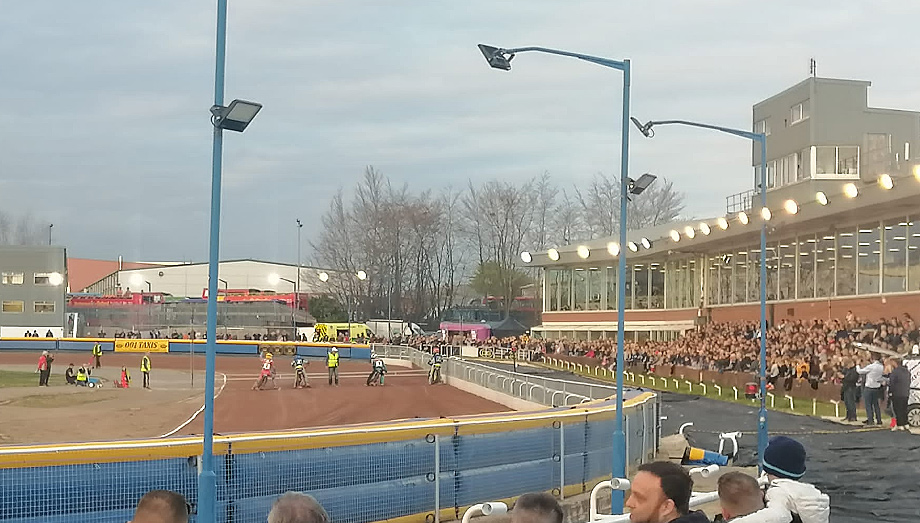 OXFORD edged out Scunthorpe 49-40 in a hugely successful re-opening meeting at Cowley.

Troy Batchelor scored a 15-point maximum for the Cheetahs, and his pair of 5-1s with skipper Scott Nicholls (12+2) in Heats 13 and 15 took the match away from the Scorpions.

The visitors had earlier taken the lead with a 5-0 in Heat 3, but No.1 Ryan Douglas, who top-scored with nine points, fell in the final race.

Scunthorpe boss Dave Peet said: “When you look at our previous performance at Leicester compared to tonight, it was a million miles away, it was a much better performance from us.

“It took a while for both teams to get dialled in with set-ups and get used to the track, but we were right in it. Oxford have two big hitters in Heat 13 and 15 and we knew that and planned for it and tried to counteract it elsewhere.

“Scunthorpe were the last team here in 2007, on a night when we won, and we were honoured to be part of the re-opening night of such an iconic team and venue. We wanted to spoil the party, but it didn’t go our way.

“But it’s absolutely fantastic to see Oxford Speedway back – it really is. It was great to see the support and passion there was tonight.”