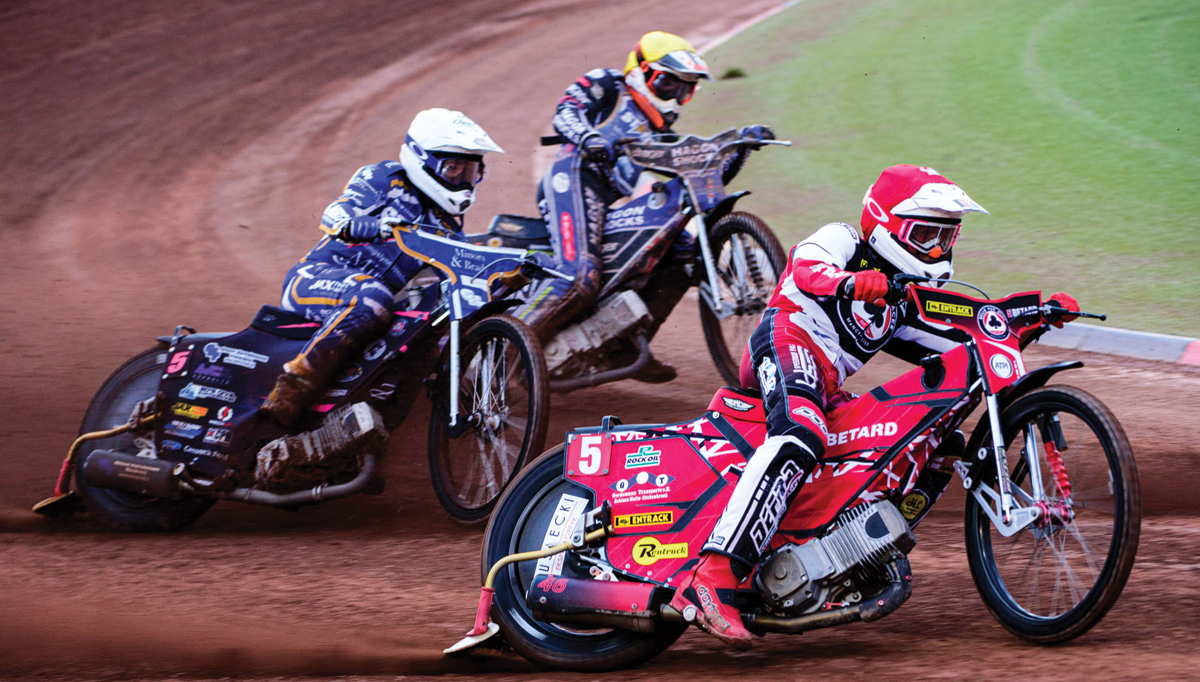 BELLE Vue are back on top of the Premiership after an emphatic 61-29 win over King’s Lynn at the National Speedway Stadium.

The Aces started the meeting with four successive 5-1s to put the match out of reach for the Stars, who won only two races all evening – both coming from skipper Josh Pickering.

Matej Zagar scored a paid maximum (11+1) for the home side with Max Fricke (11+2) and Tom Brennan (10+1) also in double figures, whilst Pickering racked up 14 for the Stars to account for almost half of his team’s total.

Aces reserve Norick Blodorn (6+2) said: “It’s great for us to get another result like this. We had a brilliant night against Sheffield last week and we’ve carried the momentum forward.

“On a personal level, I’m really enjoying my speedway at the moment. Every meeting I’m getting better, and I hope I can continue to make even more progress in the coming weeks.

“To be at the top of the league table right now is a good place to be. All the boys are working really well together, there’s a great atmosphere which I think is helping with our performance.”

Stars boss Alex Brady said: “It was a tough night, but when you only have one race winner, you don’t deserve anything out of it.

“We were pretty poor tonight, so our apologies to all the King’s Lynn fans and to everyone watching.”