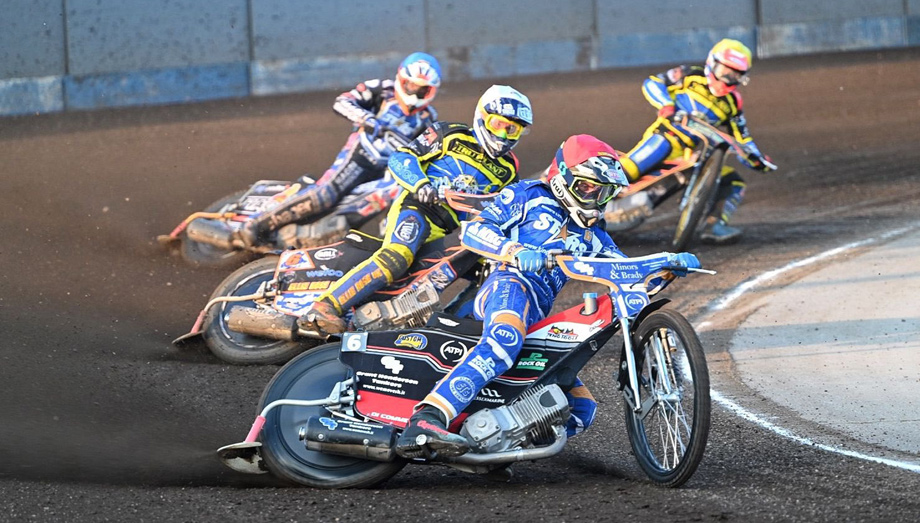 SHEFFIELD fought back from an early six-point deficit to pull off a 49-41 win at King’s Lynn and take all four league points.

It was a significant result for the Tigers as they are now nine points clear of the Stars, who are the first side outside the play-off places.

Polish star Tobiasz Musielak scored 13 points, unbeaten after his first ride, and skipper Kyle Howarth added 12+1 as the Tigers overcame the withdrawal of Craig Cook with shoulder and wrist discomfort.

Richie Worrall scored 9+1 for the Stars, who suffered their second successive home defeat.

Howarth said: “That was just the result we needed. We made a few mistakes at Peterborough last week so we wanted to rectify that – and by getting all four league points we’ve done just that.

“It was a great result for the boys. This is a great team and again we’ve shown everyone what we are capable of.”

Stars manager Alex Brady said: “The track changed a little bit and we didn’t adapt quickly enough, or we made changes that were perhaps a little unnecessary I felt.

“It’s disappointing. I hate losing, and that’s now two in a row at home, and taking into consideration the Pairs at Ipswich last week it’s now four in a row that we’ve not performed as well as we want to.

“We will re-group and we will come back stronger, and hopefully we can do it a week on Monday at Peterborough.”