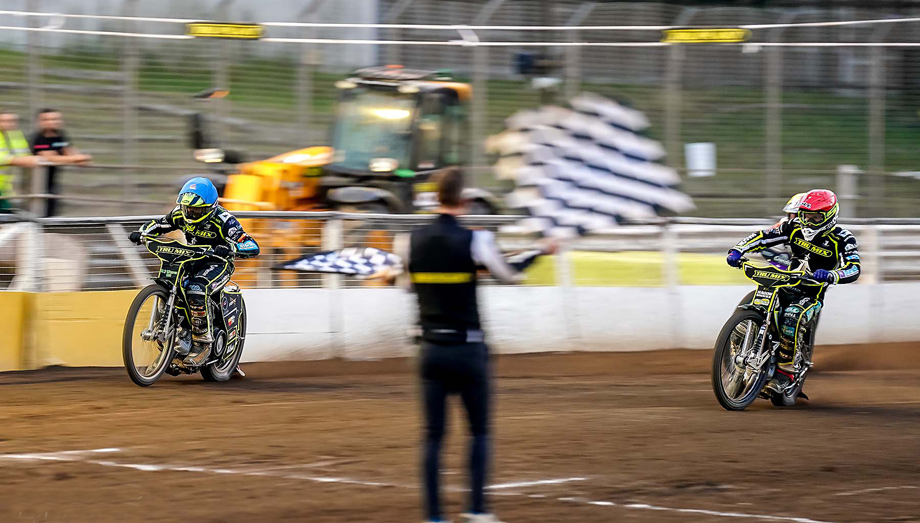 IPSWICH edged out Peterborough as a second Premiership fixture went to a Super Heat after the scores were tied 45-45 after Heat 15.

Whilst the Panthers had beaten Sheffield in that fashion last week, this time it was the Witches who took the honours as Jason Doyle and Danny King finished second and third behind Chris Harris – crucially ahead of Panthers guest Justin Sedgmen.

Doyle and King had earlier combined for a Heat 15 5-1 to set up the additional race as the depleted Panthers came close to pulling off a shock away win.

Ipswich boss Ritchie Hawkins said: “We certainly made it very hard for ourselves. I know we missed Ben (Barker), but we really should have been able to cover that. Peterborough had a couple of riders out as well.

“We got over the line and got the win and three points in the end but really, we should have performed a lot better to have it done and dusted before Heat 15.

“We are sneaking meetings and not winning by massive margins, but as a team when one rider is having a bad night the other guys are stepping up.”

Peterborough manager Rob Lyon said: “Considering the problems we’ve had in terms of getting here with a team in the first place after the last couple of days, it’s a credit to the boys who performed tonight.

“We took it to Ipswich and didn’t quite pull it off, but it’s been a good meeting and I think we’ve shown tonight that we’re back as a team.

“Yes, we would have liked three points out of it obviously, but we’ve got one – I think we deserved a tad more, but that’s the way it goes.”