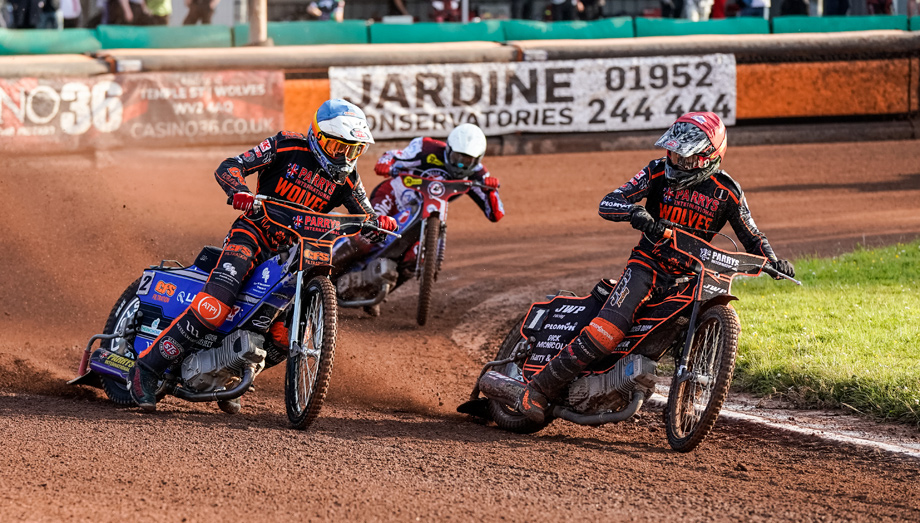 WOLVERHAMPTON inflicted instant revenge on rivals Belle Vue with a 49-41 victory in a 5-1 frenzy at Monmore Green on Monday night.

There were a total of eight maximums across the evening with the home side on the right end on five occasions to claim all three points – just seven nights after falling to defeat in the reverse fixture.

Sam Masters (12+2) and Steve Worrall (10+1) led the scoring for the hosts, whilst Max Fricke produced a superb display for the Aces with 17+1 from seven rides – but the league leaders missed out on a point having raced without the unwell Brady Kurtz.

With second-placed Ipswich also losing on Monday, the result moves Wolves into third place and just two points off the top.

Wolves star Luke Becker (9) said: “We had our little team talk before and we’d have been happy with any kind of win.

“To win by that many and send them home with zero points feels good though and we’re stoked on it.

“We had a well-rounded group of boys scoring some good points and doing their job and it paid off in the end.”

Fricke said: “Unfortunately it wasn’t meant to be tonight for us. A few of the boys were struggling a little bit, and I think in places we definitely missed Brady.

“Hopefully he’s not feeling too rough and that he’ll be back on the bike soon, but we did our best to cover for him and the effort was there from everyone for sure.

“For myself, I know I can be a bit hit or miss here at Monmore Green so tonight was good for me in terms of seeing the progress I’ve made since we were last here.”