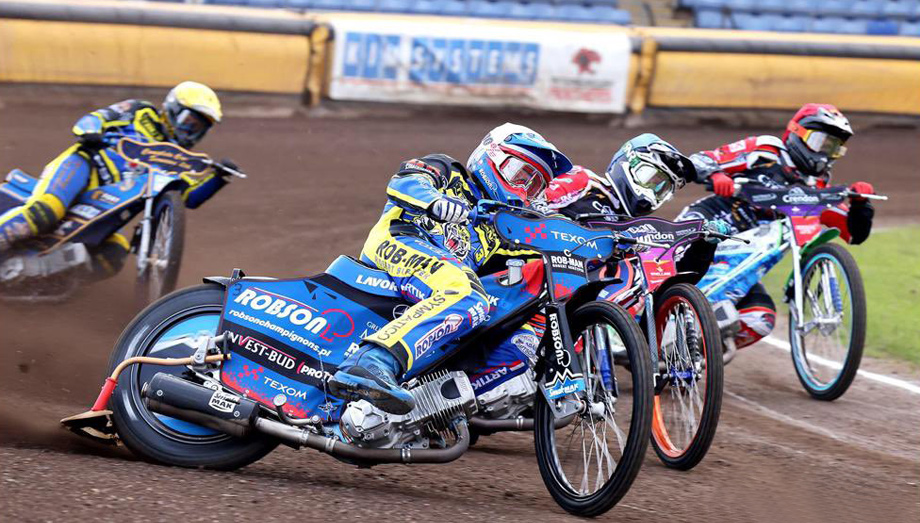 PETERBOROUGH defeated Sheffield in the Premiership’s first-ever Super Heat as the reigning champions finally got off the mark for 2022.

A dramatic contest saw the Panthers pull back from eight points down and go ahead, but a 4-2 for the Tigers in Heat 15 as Jack Holder just held off Chris Harris meant the scores were tied at 45-45.

That set up the extra race to decide the league points, which initially looked set to go Sheffield’s way as Holder and Tobiasz Musielak held second and third places behind Michael Palm Toft – enough to take the verdict in a Pairs heat – but Harris stormed past Musielak on the third lap to win it for the home side.

Palm Toft scored 10+1 and Harris 10 in the regular meeting, with Ulrich Ostergaard returning to form on 9+1, whilst Musielak (11) and Holder (10+2) led the way for the Tigers.

Peterborough boss Rob Lyon said: “I have to be honest and say when we were eight points down and just clinging to their shirt tails, I couldn’t see where a win was coming from.

“But the way the boys responded in the second half of the meeting was pretty much what we saw last year many, many times.

“We needed that result, I’m really happy with the boys, and it’s a big relief to get some points on the board, because it becomes a psychological issue after a period of time when you can’t get off the mark.”

Sheffield manager Simon Stead said: “It was disappointing that we sort of fell short in the latter heats.

“I can’t quite believe it to be honest, because we’ve done so much throughout the meeting; they’ve had to use a tactical substitute, but we’ve nullified that.

“The two 5-1s against [Heats 13 and 14] didn’t do us any favours at all and put us on the back foot. In the end, I think we did well to take it to a Super Heat, but we have to take it on the chin unfortunately.”