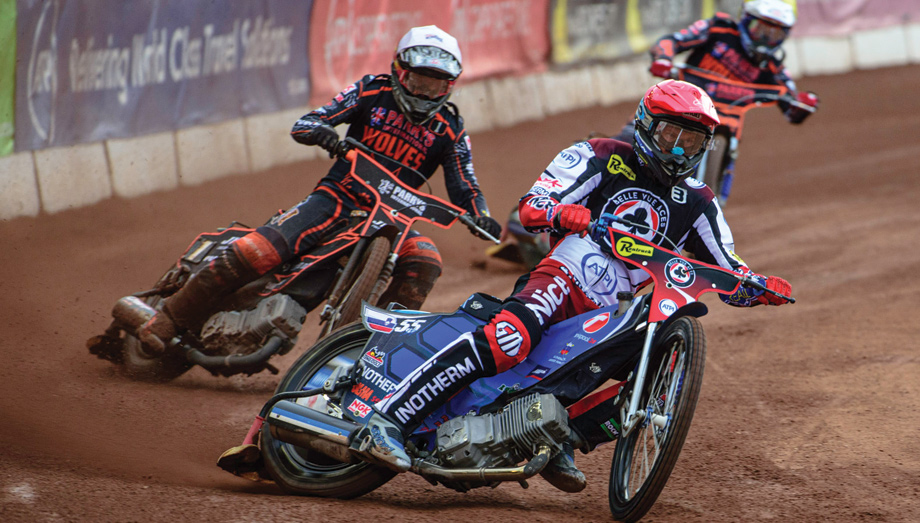 BELLE Vue finally ended their Wolverhampton hoodoo and went back to the top of the Premiership with a 51-39 win at the National Speedway Stadium.

Matej Zagar scored a 15-point maximum for the Aces, who quickly recovered from conceding a 5-1 in Heat 1 to take control of the meeting.

Zagar was backed up by skipper Brady Kurtz on 10+1, whilst Sam Masters (10+2) and Ryan Douglas (10+1) both hit double figures for Wolves, who missed out on an away point for the first time of the season.

Nick Morris was withdrawn for the visitors after suffering a badly grazed arm in a Heat 6 spill.

Zagar said: “Before the meeting, we were speaking on the track walk and the boys were saying how we hadn’t won against Wolverhampton for some years.

“So this was a great turnaround for us today. We won the meeting by a significant amount and that’s the main thing for us, to keep winning especially at home.

Wolves boss Peter Adams said: “We knew before we kicked off that this would be a difficult fixture for us because they’ve strengthened their team significantly with Zagar – and you saw the score he returned.

“They’ll be a handful around here all season long and when you look at the scorechart, we actually won the second half of the meeting from Heat 8 onwards.

“We’re not downhearted at all, I thought we were very creditable here despite not taking any points.”