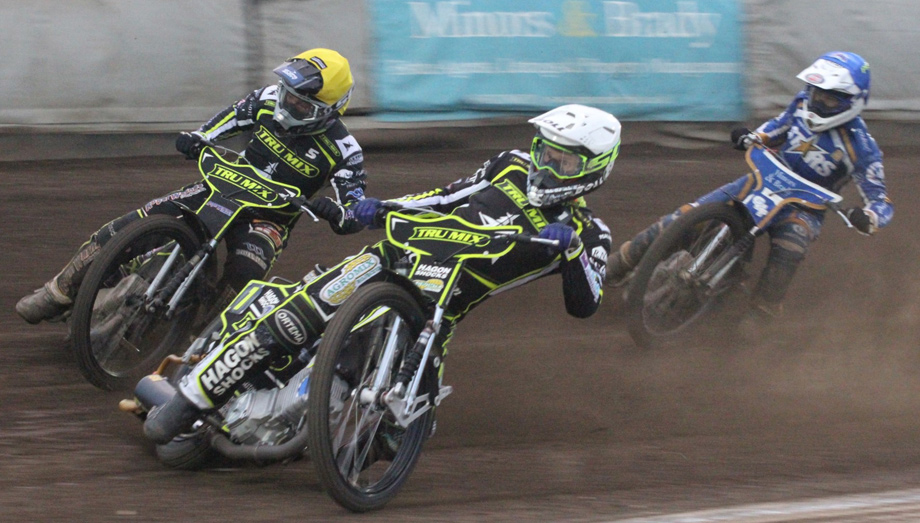 IPSWICH are back on top of the Premiership after Jason Doyle scored a 15-point maximum in a 47-43 win at King’s Lynn.

Doyle took victory in a last-heat decider to seal the Witches’ second win on the road this season, and inflict the Stars’ first defeat at the Adrian Flux Arena.

The home side went into the meeting without Danish duo Niels-Kristian Iversen and Thomas Jorgensen due to illness and injury respectively, and Rising Star Jack Thomas crashed out in Heat 4 suffering wrist damage.

Ipswich manager Ritchie Hawkins said: “Any away win is good, but obviously at King’s Lynn it feels very satisfying, and it was a brilliant night for the team and our travelling fans.

“It was nice to send them home happy after an away meeting, and especially after last season, so I’m delighted for them.

“Jason Doyle was superb again, he leads from the front and it was another last-heat decider which I seem to be saying after every meeting, but when he’s going out there he fills you with complete confidence.”

Stars boss Alex Brady said: “Anything that could go wrong did tonight, and it was just one of those tough, tough nights which hopefully we won’t have too many more of this year!

“I’m still confident, I never get too high after a win and I don’t get too low after a defeat, and there will be no panic changes or anything like that. It’s just a case of re-grouping and going again next time.”