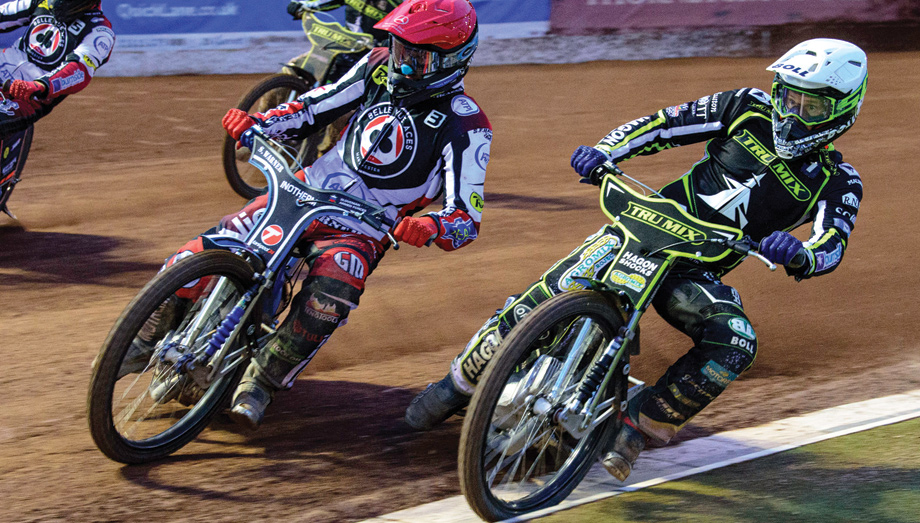 BELLE Vue took over at the top of the Premiership with a hard-fought 48-42 win over Ipswich in a match that went down to a last-heat decider.

Witches No.1 Jason Doyle was unbeaten from his first four rides, but Matej Zagar and captain Brady Kurtz were the heroes for he home side as they pulled off a 5-1.

Zagar scored 17 points from six rides, missing out only to Doyle in Heat 5, whilst Kurtz added 13+1. Doyle’s 13 for the Witches were backed up by Ben Barker with 10+1 at reserve as the visitors took a league point.

Kurtz said: “Doyley doesn’t miss a lot of starts in England, and going into Heat 15 myself and Matej knew that we needed a big result if we wanted the win.

“But all the boys pulled together and contributed to this result. This was a big night for us, and to put another three points on the board is a great feeling.

“We’ve proved we can have riders missing and pull off a big result, so hopefully when the whole team is back together again we can get some even bigger results!”

Witches boss Ritchie Hawkins said: “It’s not a bad result as a whole, although when you’re in it all meeting, leading for a time, it would have been good to capitalise on that and get the win. But a point at Belle Vue is certainly not a terrible result.

“Obviously going into Heat 15 Doyley was confident, and he was absolutely superb, but we also needed Batch (Troy Batchelor) to back him up, and it just didn’t happen for us.

“At this stage of the season we’re not badly placed without fully firing, so overall I’m pretty happy with where we are.”