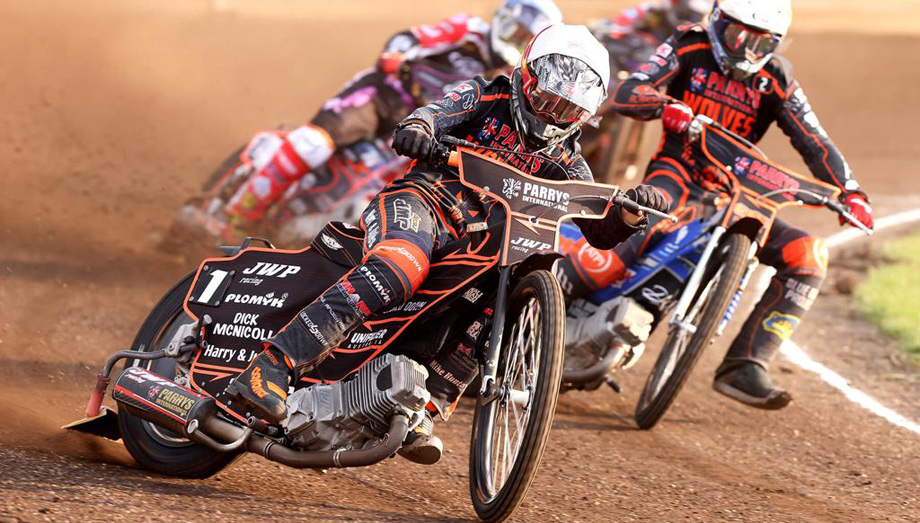 WOLVERHAMPTON powered to a 50-40 win at champions Peterborough – despite a stunning unbeaten show from Chris Harris for the hosts.

Harris reeled off six straight wins for an 18-point maximum but found support in short supply as Wolves collected all four league points to move second in the league table.

The visitors recorded three 5-1s in the first five races to take control, two of them coming from the Sam Masters/Steve Worrall combination.

Worrall scored 11+2 for Wolves with Luke Becker (9+3) and Masters (9+1) also paid for double figures – with the Panthers left point-less from five league matches.

Wolves boss Peter Adams said: “We got very close at Ipswich, we should have won there but just missed out, but the boys acquitted themselves really well tonight, and it’s a relief to have our two reserves in position taking the weight off one another.

“I think Sam and Steve like riding together, and it’s important in any match to get off to a good start.

“Sam has been in the form of his life in the last month and Steve tonight had a very strong meeting, and fully merited his Heat 15 appearance.”

Panthers manager Rob Lyon said: “We’re slow from the starts, and slow to get going, and the irony of it is we had probably Bomber’s best-ever performance in a Peterborough race-jacket tonight, and we still lost by ten.

“The boys don’t go out there to come last obviously, but it’s baffling. Somebody said to me Wolves have got some quick riders – they have, but last year we had a very similar team, and they had similar riders too, and we beat them comfortably.

“Okay, it’s all on the night, but it doesn’t make any sense at all, and it’s now getting embarrassing. It’s not good enough.”