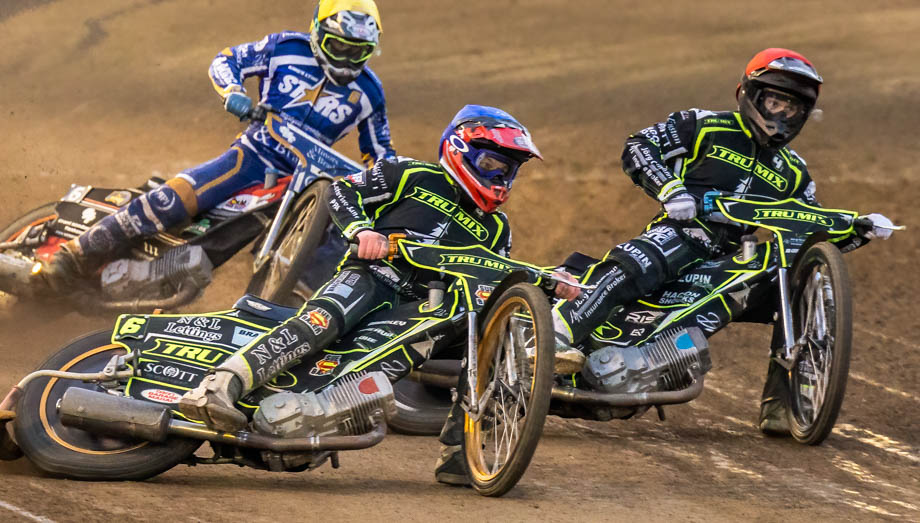 IPSWICH took over at the top of the Premiership after beating King’s Lynn 46-44 in a ding-dong derby at Foxhall.

The lead changed hands six times during the meeting with the Witches making a crucial move in Heat 14 with Ben Barker and Erik Riss securing a 5-1.

Jason Doyle (14+1) then completed a paid maximum by winning the last race for the 3-3 the home side needed, with the contributions of both Riss (12) and Barker (9+2) vital to the outcome.

Worrall top-scored for the Stars with 10+1 and Niels-Kristian Iversen collected 9+1 as they had to be content with a league point.

Ipswich boss Ritchie Hawkins said: “We snuck another win without being anywhere near our best, so to win without really performing and to be top of the league is a bit of a bonus early doors.

“It is not too significant, but it is a really nice place to be and there is so much more to come from us.

“Doyley was awesome again, when you have him in those big heats like Heat 15 you kind of believe he is going to win every race, and he is leading from the front.”

Stars manager Alex Brady said: “I said earlier in the day when we were discussing the meeting ahead that I’d be happy if we could come away with a point.

“But it’s actually a bit deflating because we certainly could have had three points if not four, but we just made a couple of mistakes and there were a few bits of bad luck.

“It’s another point, though, and if we can beat Ipswich at home next week we can make it 4-3 in our favour from those two matches, which would be a good outcome.”