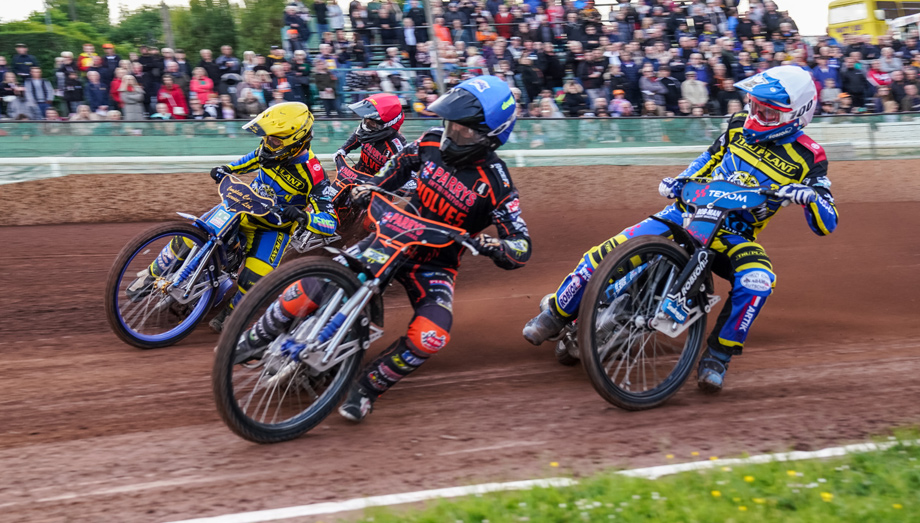 WOLVERHAMPTON celebrated their 94th birthday in style as they stormed to their biggest win of the season so far.

The Monmore men beat Sheffield 54-36 to end the Tigers’ unbeaten Premiership start in the process – just as they did in the League Cup earlier in the month.

The match was level at 24-24 after eight races but Wolves produced a tremendous second half display to take the contest beyond their opponents, with the highlight being a superb Heat 11 effort from Rising Star Drew Kemp to pass Sheffield duo Jack Holder and Craig Cook.

Skipper Sam Masters led the way for the hosts with 12+1 and Nick Morris added 12, whilst former Wolves man Tobiasz Musielak scored 12+1 for the Tigers.

Wolves manager Peter Adams said: “It looked like it was going to be close at the finish.

“But the boys suddenly found the right set-ups, the right racing lines and some of the overtaking moves were absolutely top drawer.

“The track staff produced a terrific race strip as we saw, and we’ve seen some of the best racing here this season tonight, that’s for sure.”

Sheffield boss Simon Stead said: “They were better than us. We just couldn’t find the set-up and it was one of those nights.

“In general we all struggled a bit; Tobi still isn’t happy but scored a few points and Connor (Mountain) sort of did his bit at reserve, but we just struggled as a team.

“I can’t put my finger on it, but will we come back better? We have to and that’s what we’ll try to do.”