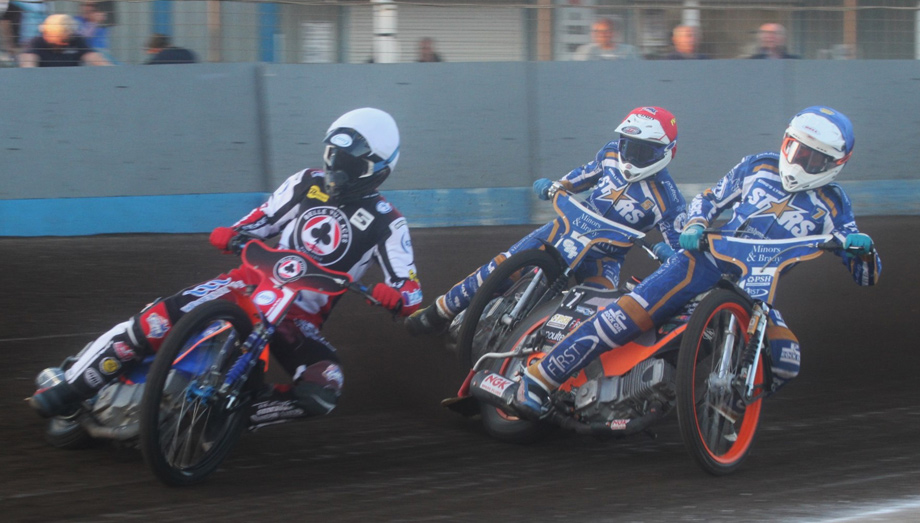 KING’S Lynn put on a powerful second half performance to defeat leaders Belle Vue 50-40 and gain their first Premiership win of the season.

The Stars were only two points up at the halfway stage before extending that margin to ten – and although the Aces took a 5-1 from Heat 14, Josh Pickering and Richard Lawson responded in the final race ahead of Brady Kurtz and Max Fricke.

That left the visitors without a point from the meeting, and Charles Wright suffered a wrist injury when he crashed in Heat 10.

Pickering scored 12+1 for the home side with Lawson adding 10+2, whilst Fricke, Kurtz and guest Michael Palm Toft all scored 10 for the Stars.

Stars boss Alex Brady said: “We have done it again. We have won three home meetings in a row and I think in each of those, four or five of the riders have raced to their true potential.

“When all seven do it together, we are capable of giving someone a real hiding.”

Kurtz said: “It was just a tough night all around. King’s Lynn is a very tough track and if you’re not all on song around there it is very hard to win, and their boys were well dialled in.

“But nobody’s head dropped from our point of view. We didn’t perhaps make the most of that Heat 15 and of course we’re disappointed but that’s just the way it goes sometimes. We’ll bounce back.”