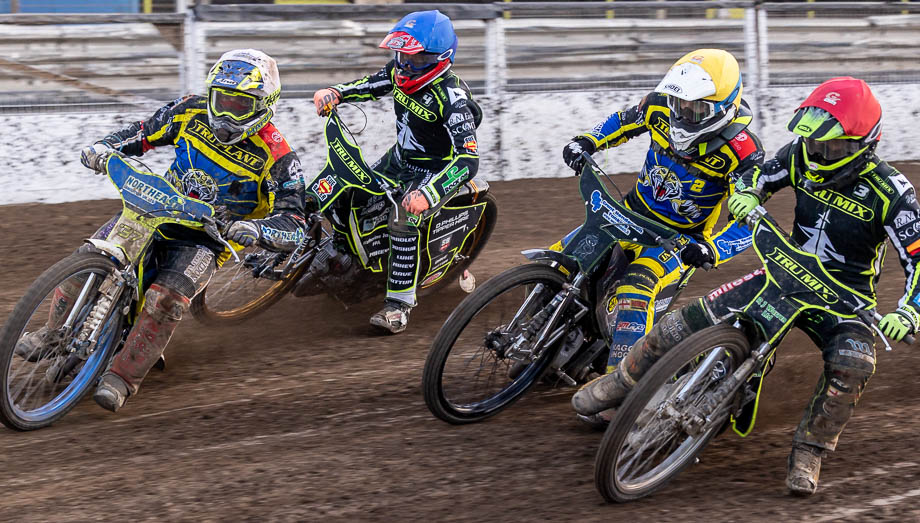 SHEFFIELD staged a tremendous comeback to snatch a 47-43 victory in Monday’s televised Premiership clash at Ipswich.

Jason Doyle scored a paid maximum (14+1) for the Witches, who raced into a 10-2 lead after two races but were pegged back as the meeting approached the halfway stage.

Skipper Kyle Howarth (10) and reserve Stefan Nielsen then recorded a crucial 5-1 for the visitors in Heat 14 to put them four points up, and although Doyle competed his unbeaten night in the finale, guest Chris Harris and Adam Ellis did enough to see off Troy Batchelor.

Tigers boss Simon Stead said: “We got caught napping early on but we chased the set-up and eventually got our noses in front.

“Even after the first couple, I always felt confident that if we kept working hard we could get through to Heat 15 and get the job done.

“I’m really pleased with the boys tonight – it was genuine, hard work from them, pulling together, helping one another with set-ups and that and they came back strong and did really well.”

Ipswich manager Ritchie Hawkins said: “It was a disappointing result, and we simply were not strong enough throughout the side. We had too many riders not quite on it.

“Sheffield punished us for our mistakes, and they are a good team. We were not better than them tonight, they deserved the win. Without performing anywhere near our best we weren’t far off their standard, though.”