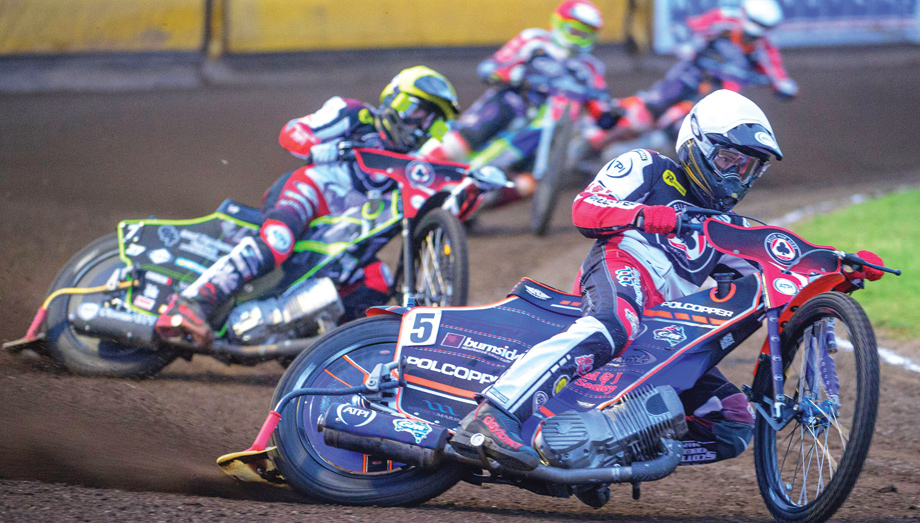 BELLE Vue roared to a stunning 54-36 win at Peterborough to complete an emphatic double over the reigning Premiership champions.

Skipper Brady Kurtz made it back-to-back maximums over the Panthers as he went through the card with 14+1, and even the Aces’ lowest scorers all collected six points.

Michael Palm Toft scored 11+1 for the home side but they were blown out of contention in the first half of the meeting when the visitors produced a hugely impressive display.

Kurtz said: “We expected to come away with something from this meeting, but I don’t think any of us thought we would win this big at Peterborough.

“The thought was there that they could and would turn things around and come out firing, but our whole team was just so fired up and were exceptional to get this result.

“It’s really encouraging to see the back of those early season meetings and to have a team that has gelled very well and can put in a strong shift to get the job done.”

Panthers boss Rob Lyon said: “We had a chat in the changing room with the boys afterwards. It’s tough to take obviously, but as the saying goes we’ve got to sit down, regroup and get it right for the next match.

“It’s pretty obvious that starts were an issue, but if you look at the first eight races we lost by 16 points, and the last seven we lost by two.

“I don’t think the track had anything to do with it. Maybe it caught us out a bit early on, but it’s the same for both teams, Belle Vue attacked it and were sharper from the tapes, and that was the difference.”