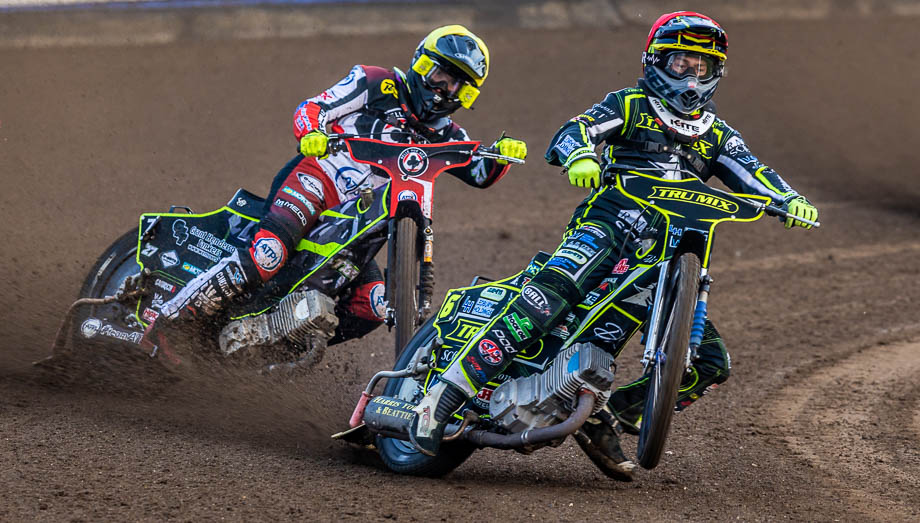 IPSWICH made a winning start to their Premiership campaign, defeating Belle Vue 47-43 at Foxhall on Thursday.

The Witches built up an eight-point lead by Heat 6 and controlled the meeting with Troy Batchelor top scoring on 10 points, whilst Jason Doyle won three races despite suffering from a perforated eardrum.

There was some reward for the Aces when Brady Kurtz (11+1) and Matej Zagar (11+2) recorded a 5-1 in Heat 15, which secured them a league point from the meeting.

Ipswich boss Ritchie Hawkins said: “It was great to start our league campaign with a win, a much-needed win, and we have started the league season well now and it is all good going into Monday.

“Everyone has contributed points tonight and contributed to the win, and we were pretty solid all meeting getting a lot of 4-2s, so I think it was a good performance.

“Batch was superb, he is improving every meeting for us and long may that continue. Having Starkey (Paul Starke) back was a big bonus even though he was hampered by machinery problems in one race, but he came back from that well to put in a couple of important performances.”

Aces manager Mark Lemon said: “Every point is important and can make all the difference come the play-offs, and we know we have got a team here that is more than capable of winning away from home.

“We saw some very impressive riding from Matej and Brady to close the gap and deliver us the consolation league point, so we are quite satisfied with that.”