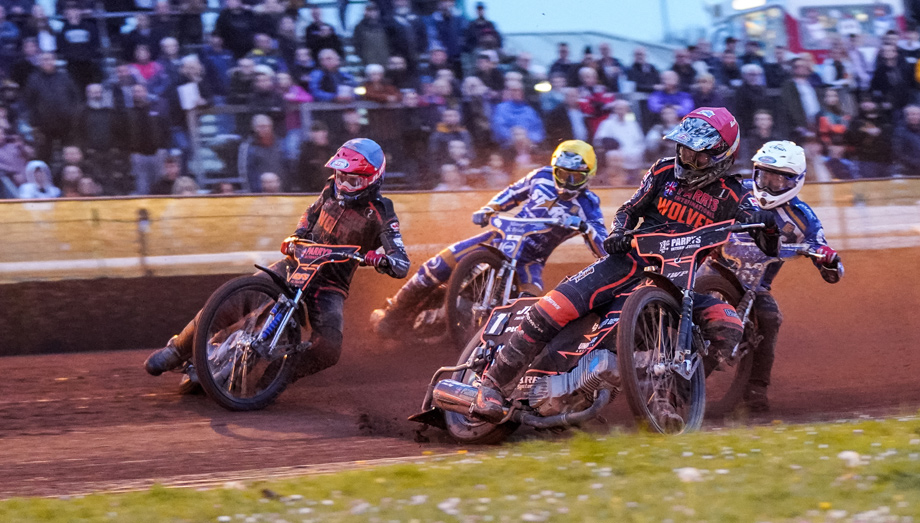 WOLVERHAMPTON had three unbeaten riders with Ryan Douglas, Sam Masters and Nick Morris all hitting maximums in their win over King’s Lynn.

Wolves took the honours 53-37 with Douglas scoring 14+1 from five rides, with his fellow two Aussies both scoring paid maximums from four rides in their Premiership opener.

Thomas Jorgensen racked up 14 points for the Stars from seven-ride schedule after the visitors were hit by illness which forced skipper Josh Pickering to withdraw – whilst Niels-Kristian Iversen and Richard Lawson were also below full fitness.

Douglas said: “That was a great meeting for us. We definitely thought it was going to be tough; they were unbeaten, so we came in knowing we had to be good.

“We all rode well and also showed that we’re a good team and it’s definitely a good confidence booster for our boys.”

Stars boss Alex Brady said: “It was a tough one. We came into the meeting full of confidence after the League Cup campaign, but it just wasn’t our night.

“Thomas was brilliant value, and I was really pleased for him because he’s had a bit of an indifferent start – a good one and then a couple of bad rides, so he’s not quite performed how he’s wanted to.

“He’s a confidence rider, so this meeting will do him a power of good, and if there’s one positive we can take from tonight it’s his performance.”