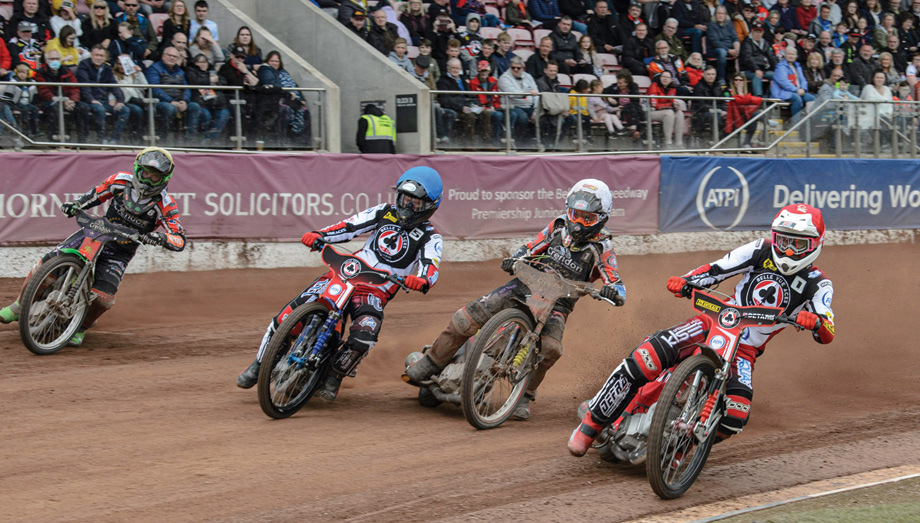 BELLE Vue slammed reigning champions Peterborough 64-26 in a remarkable start to the Premiership campaign in Manchester.

Brady Kurtz scored a 15-point maximum for the Aces, who started with four successive 5-1s as the Panthers also suffered a succession of problems.

Max Fricke added 12+1, only being beaten in the last race, and Matej Zagar made a successful return with 10+1. Chris Harris was the Panthers’ only race winner on a dismal day for the visitors.

Zagar said: “I was really looking forward to today’s meeting and this was a very important result for us. Peterborough are the reigning champions, so we did feel a little pressure to start with.

“But our desire to win was very strong, especially after such a tough start to the season in the League Cup, and all the boys scored well and our efforts paid off.

“For me, it was a big relief to start off with a good performance and like I said it was important for the team to get off to a strong start in the league.”

Panthers boss Rob Lyon said: “It was the worst nightmare in some ways. Everything went wrong today, we were out-ridden, out-gated, and we weren’t quick enough.

“I think sometimes you have to hold your hands up and say we were beaten by a better side, and that was clearly the case today.”