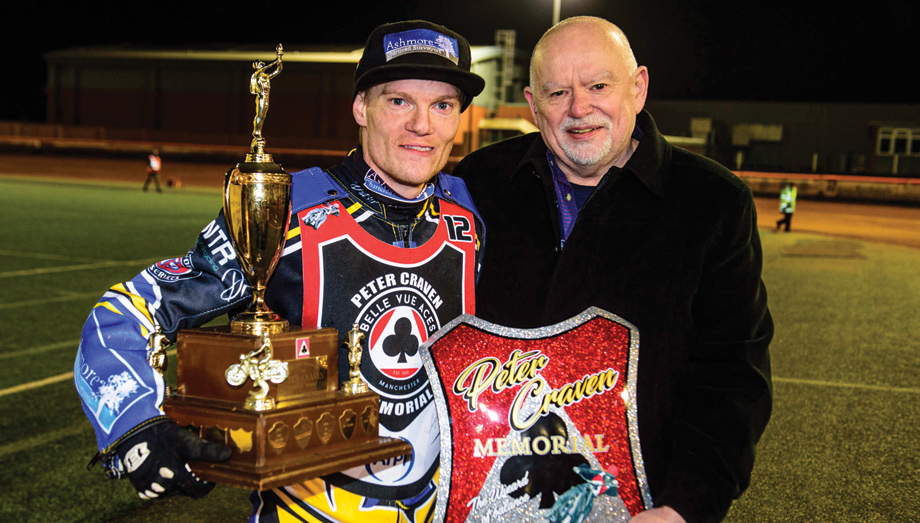 Danish star Palm Toft was a late call-up to the meeting with the Aces’ German signing Norick Blodorn unavailable, and his eleven points in the qualifying races took him straight to the six-man Final.

Meeting leader Matej Zagar (12) appeared set to battle it out for the win with GB captain Tai Woffinden – but Palm Toft took advantage midway through the race to charge through on the inside.

Palm Toft said: “There are some big names on this trophy and to win isn’t something I expected, but it feels amazing to say that I have.

“I don’t go into any meeting without wanting to win and when I got the call, I wasn’t coming in just to make up the numbers.

“I knew I’d have to make every race count in a field like this and I think it paid off in the best way, and I’m delighted to start my season off on a high.

“It’s not quite sunk in yet. It is a very prestigious meeting and there are riders who’ve won this trophy who’ve gone on to do great things. It’s a very special feeling and I’m delighted I had the chance to be a part of it.”