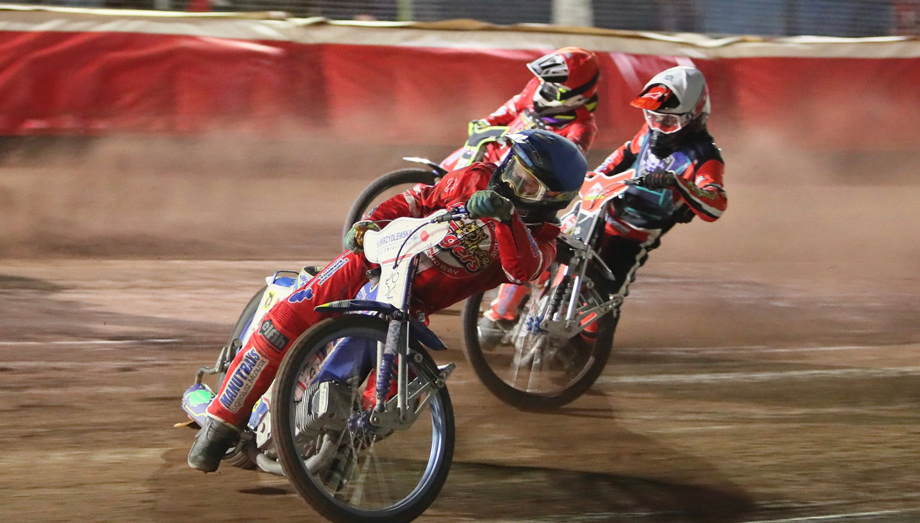 GLASGOW hold a double-figure advantage in the Championship Grand Final after defeating Poole 50-40 in the first leg at Ashfield.

The scores were level after five races, but the Tigers enjoyed a strong period mid-meeting including the only 5-1 of the night from Marcin Nowak and Ricky Wells in Heat 7.

Craig Cook top-scored for the home side with 11+1 whilst Tom Brennan won his first three races to finish on 10. Rory Schlein scored 9+1 for the Pirates as they suffered their first defeat in seven matches.

Glasgow boss Cami Brown said: “First and foremost it’s a win and that’s difficult against Poole. That’s what we started out to get, we’ve given ourselves something to defend down at Poole and given ourselves a chance.

“I thought the boys all tried hard – sometimes maybe tried too hard, but I can’t fault them for that, that’s what we asked them to do.

“Ten points is a good lead, we’ve got a fighting chance, I’ve spoken to all the boys and they’re up for the challenge so we’re not giving in. We’re in the driving seat but it’s only half time.

“One massive push on Thursday and perhaps we can get that elusive championship. It would certainly make me the happiest man alive, and it would be great for the club.”

Poole co-promoter Danny Ford said: “All the lads had an inconsistent evening, some great wins picked up, from (Benjamin) Basso’s Heat 1 victory to Rory’s triumph in Heat 12, but along the way we also dropped points, twice when in potential 5-1 heat scoring positions.

“The lads know themselves that they need to raise their game for Thursday, but we have seen time and time again that the encouragement from our vociferous fans can spur them on that little bit extra.”