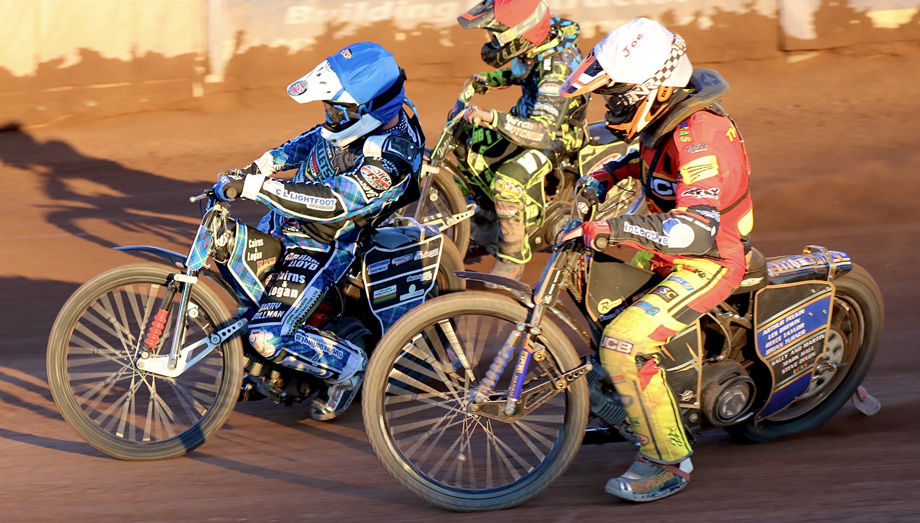 BERWICK kept up their unbeaten home NDL record with a hard-fought 49-41 win over second-placed Leicester at Shielfield Park.

Kyle Bickley scored 14 points for the Bullets, losing out to the visitors’ No.1 Dan Thompson in Heat 1, before turning the tables in the latter stages.

Thompson scored 12+1 for the Lion Cubs with brother Joe on 11+1, but it was Bickley’s Heat 15 win which ensured the away side left with no league points

Berwick coach Kevin Little said: “That was as tough a match as we have had all season, and Leicester asked a lot of questions of the Bullets.

“As has been the case all year everyone stuck to their task and the reward is another good win.

“I think we saw two sides likely to feature very strongly in the end of season play-offs.”

Cubs boss Dave Howard said: “Overall it was a great effort from all the guys, and we really should have come away from the meeting with a point at least.

“If it hadn’t been for Connor’s (Coles) chain breaking when he was in the lead, and Vinnie’s (Foord) silencer falling off, which cost him a point as he got excluded, we would have been closer to the win rather than just missing out on a point.”