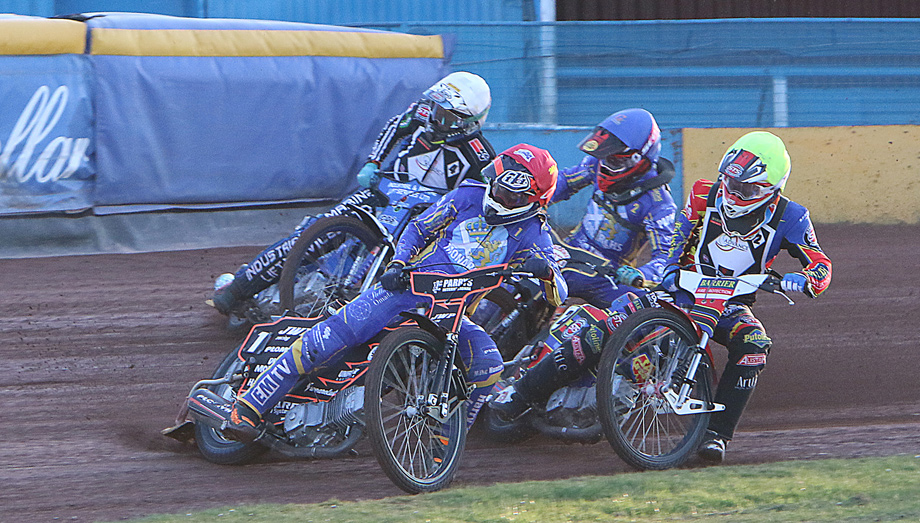 EDINBURGH are safely through to the KO Cup semi-finals after defeating Newcastle 58-32 at Armadale.

The Monarchs already led by eight points from the first leg and there were paid maximums in the return for Sam Masters (14+1), Josh Pickering (13+2) and impressive reserve James Sarjeant (11+1).

Matthew Wethers top-scored for the Diamonds with 10, including their only race win, with the gap between the sides extended by four successive Edinburgh 5-1s in the last four races.

Monarchs boss Alex Harkess said: “We didn’t get going until we turned on to the second page of the programme, but in the end there were some things to be pleased about.

“James Sarjeant was very good, and I was very happy to see some points for Jacob Hook – Sam Masters was working with him, changing things on the bike, and in his last two rides he got a good third followed by a paid win. He’s definitely showing promise.”

Diamonds co-promoter Dave Tinning said: “To be fair it was a reasonably respectable score given the circumstances. It was good to see George Congreve scoring some points, and the team were really trying hard all the way.

“I’d like to express the club’s thanks to William Lawson to standing in at such short notice for Paul Starke who was suffering from food poisoning. Most guests get more notice than a matter of hours, hence our great thanks to William.”