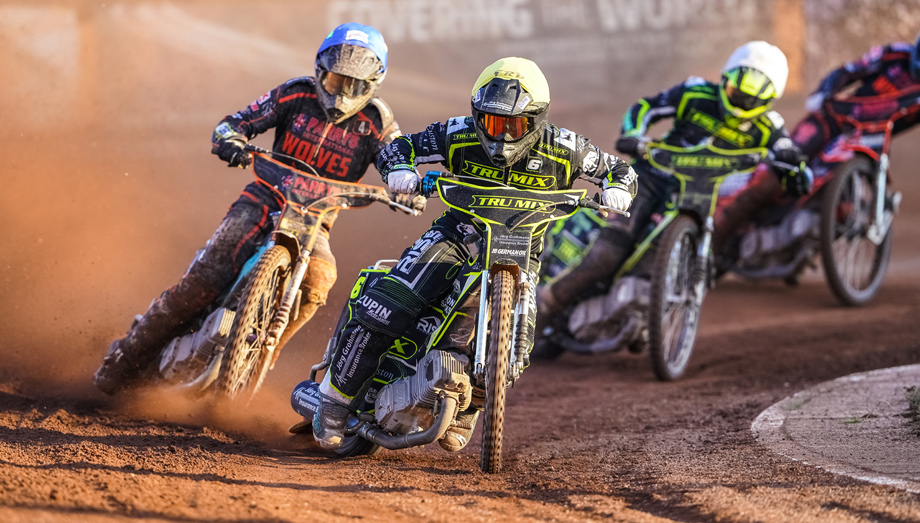 IPSWICH are back on top of the Premiership after winning 47-43 at Wolverhampton – their second victory at Monmore this season.

The Witches overcame the absence of Paul Starke, ruled out with thumb ligament damage, and had a match-winner at reserve as Erik Riss piled up 16+1 whilst Jason Doyle scored 11.

Sam Masters was declared fit for the home side and top-scored with 12+2 and Luke Becker scored 12, but the match was already lost prior to their 5-1 in Heat 15.

Ipswich boss Ritchie Hawkins said: “Our two trips here have been our best two overall and I’m really pleased. It is nice to get back to the top of the table and we are making a bit of a habit of being top of the league at the moment.

“Erik Riss at reserve is a massive bonus for a team, it is down to his form last year really as he has been going well with us.

“It is a pity really that we haven’t got that many meetings this month. We won’t get a massive benefit out of it with only three meetings with him at reserve but obviously tonight it paid dividends.”

Masters said: “I actually feel we’ve faced harder teams here at Monmore, but for some reason we just can’t get over Ipswich.