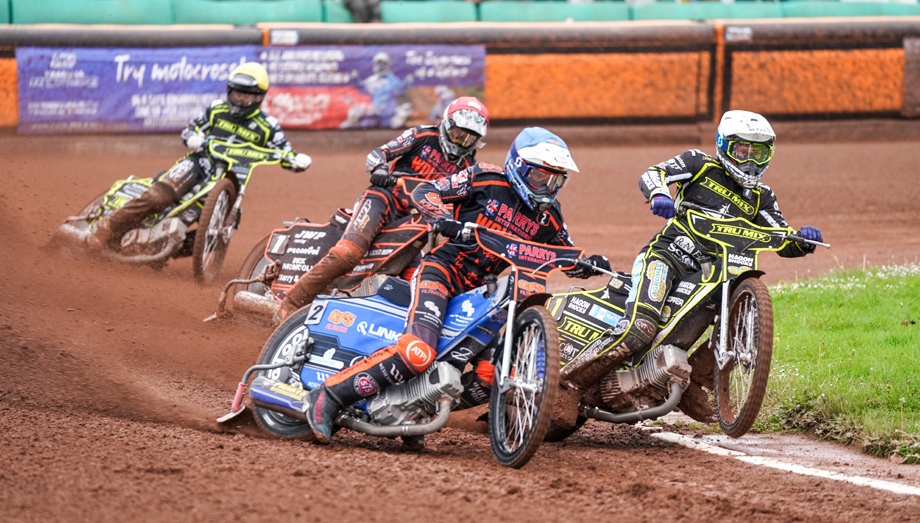 IPSWICH shocked Wolverhampton with a 48-42 win at Monmore Green to make it two successive victories at the start of the Premiership campaign.

Jason Doyle led the charge for the Witches, who produced a solid all-round effort in the Black Country, with the former World Champion winning his first four rides to score 13 points.

Wolves struggled to cover for the injured Ryan Douglas, who was out with a neck injury, and their only mild consolation was a 5-1 from Sam Masters (11+1) and Nick Morris (10+2) in Heat 15 to deny the visitors the fourth league point.

Witches boss Ritchie Hawkins said: “We leave Wolves really happy, and we have started the campaign with two wins out of two.

“I don’t think many people will win at Wolves this year; I can’t see them losing many at home, so to get three points is a massive bonus.

“Doyley was terrific, he wasn’t making starts and was passing and providing some great racing. Right through the team we performed, down at reserve Starkey (Paul Starke) was superb and six of our seven riders won races, so we had a team of race winners.”

Wolves manager Peter Adams said: “Obviously we were weakened with Dougy being absent because he’s been in fantastic form.

“So we had that to contend with, Sam has got a dose of the flu or something so that restricted him a bit, so it was a tough night.

“Ipswich acquitted themselves very well though, and this must be one of their best performances on the road for a long time.”