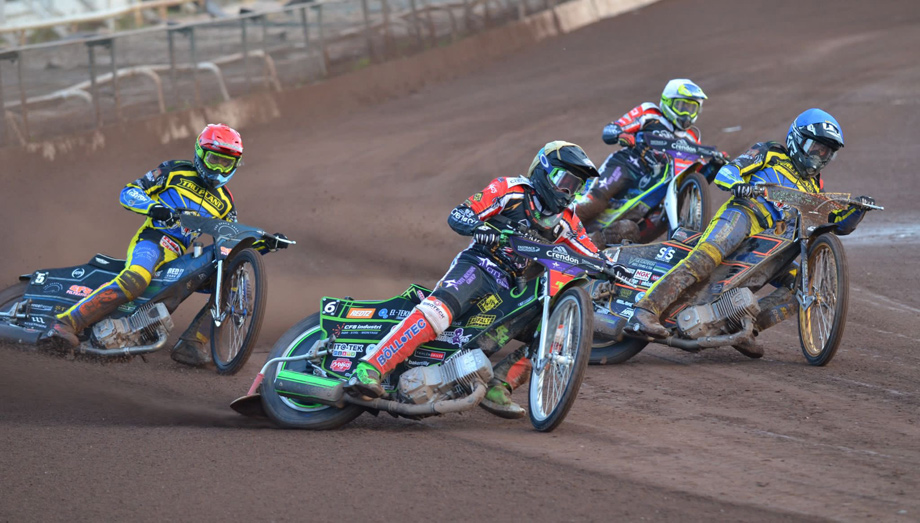 The Tigers defeated the reigning champions 51-39 at Owlerton after another impressive display from Simon Stead’s side.

The Panthers were improved on their performance from Bank Holiday Monday at Belle Vue, and could have snatched a league point in Heat 15, but they conceded a 5-1. Reserve Benjamin Basso again impressed with 12 points.

Stead said: “We continued where we left off really from our early League Cup results and I think that was a really, really solid display from us against good opposition, considering we’ve not been here for a considerable amount of time.

“I think we were a little bit rusty, but ultimately we’ve got the job done.

“It probably looks more convincing than it actually was; Peterborough kept us honest for a long period of time in the match. But it’s nice to get off to a winning start in the league and we look forward to the next one.”

Panthers manager Rob Lyon said: “It was a much, much better performance on the night than Monday which is a bonus, and a positive going forward.

“Sheffield are a tough team this year, they’re strong all the way through and Musielak was on fire tonight.

“We were hanging onto their coat-tails for pretty much most of the match and I thought we were in for a point, certainly two thirds of the way through we started coming back into it. But fair play to Sheffield, they just pulled away again.”